FARA FRIDAY: The Haitian government is enlisting more help in Washington as the island nation continues to hunt for those responsible for the assassination last week of President Jovenel Moïse. The country’s ambassador to the U.S., Bocchit Edmond, on Thursday retained the help of LFA Holdings’ Luis Aleman for outreach to members of Congress, according to a copy of the contract filed with the Justice Department. The agreement is worth $200,000 over eight months, according to another filing.

— Aleman’s charge is to “discuss Haiti’s governance and transparency initiatives” and its ability to meet U.S. benchmarks for aid to the country with lawmakers. He’ll also work to foster connections with trade associations in the U.S. in an effort to strengthen its ties to the private sector which would, ideally, translate into foreign investment there.

— The impoverished Caribbean country has devolved further into unrest in the weeks since Moïse’s killing. Police there have arrested more than 20 suspects, including several Haitian-Americans, one Haitian with ties to Florida and several former Colombian soldiers who received military training in the U.S., according to the Pentagon, but questions about the slaying remain. While DHS and the FBI are assisting in the investigation, President Joe Biden on Thursday rebuffed Port-au-Prince’s requests to send U.S. troops to help guard the country’s critical infrastructure.

— The government there already retains a cadre of Washington firms including K Street heavyweight Mercury Public Affairs, which represents the office of the presidency and has been busy in the past week disseminating fact sheets and letters from Edmond to Secretary of State Tony Blinken among reporters; Patino & Associates; and the Latin America Advisory Group, according to Justice Department filings. Haiti’s Center for Facilitation of Investments, which seeks to lure investors to the island, hired the public affairs firm Sorini, Samet & Associates back in April.

— At least one of Moïse’s critics, ally-turned-opposition leader Reginald Boulous, hired three U.S. firms this year as he mulled a challenge to Moïse in an upcoming election originally planned for September. The most recent hire came just two days before Moïse’s assassination, when Boulous hired a top aide to a former House Foreign Affairs member to build support for his party and an interim Haitian government. Michel Martelly, a former president of Haiti, traveled to Washington late last month to interview lobbyists as he considered mounting another run for office, The New York Times reported.

Happy Friday and welcome to PI. Switching jobs? Sign a new client? Get a peek at the infrastructure text? Get in touch: [email protected]. And be sure to follow me on Twitter: @caitlinoprysko.

A message from Aon:

We’re investing $30 million over the next 10 years to create 10,000 apprenticeships nationwide. As a founding member of the OneTen coalition, we’re committed to doing our part to build talent pipelines of highly skilled and diverse professionals.

RAYTHEON NABS BOEING EXEC AS TOP LOBBYIST: “Raytheon Technologies has hired Jeff Shockey away from Boeing to be its top lobbyist,” POLITICO’s Theo Meyer reports. “Shockey, who was Boeing’s vice president of global sales and marketing for defense, space and government services, will succeed Tim McBride,” who is retiring, as the defense giant’s head of global government relations. Shockey, who is a former House Intelligence Committee staff director and co-founded what is now the S-3 Group, “is the second senior staffer to leave Boeing’s Washington office in recent weeks. Tim Keating, Boeing’s top lobbyist, abruptly left the company last month. … Shockey previously worked under Keating as an in-house lobbyist for Boeing.”

LIFE INSURANCE TRADE GROUP GROWS AGAIN WITH ANOTHER MERGER: Even as some trade groups in Washington had to pare back last year as a result of the coronavirus pandemic, Finseca, which represents life insurers and financial planners, on Thursday announced its intent to merge with another industry group, Forum 400, its latest acquisition since debuting last fall as the result of a merger between the Association for Advanced Life Underwriting and GAMA International.

— Bringing onboard Forum 400, which comprises life insurance advisers but is not an advocacy group, is one more step toward reunifying the industry, said Marc Cadin, Finseca’s chief executive. The group’s growth in light of the economic hit rendered by the pandemic, he said in an interview, is a tribute to Finseca’s “community approach,” which brings together small and large players in the industry. “I think there’s a broader recognition that the profession is better served with a unified and consistent and stronger voice,” Cadin said.

— The trade group is also fending off what it views as a dire threat in Congress, with the White House working to eliminate a key tax break, the stepped-up-basis for capital gains. Finseca has long retained the lobbying help of Jeff Ricchetti, whose brother Steve is now a senior counselor to Biden, and who is working to eliminate what Biden has called a “loophole” to help fund his infrastructure plans. The legislative threat from Democrats isn’t a key driver of Finseca’s growth, Cadin said, but “I don’t think it’s hurt. You go back through the years and there’s always stuff going on.”

MURRAY AIDE HEADS TO K STREET: Zach Mallove, a longtime aide to Patty Murray, the Senate’s No. 3 Democrat, joined Mehlman Castagnetti Rosen & Thomas this week as a principal. Mallove worked for Murray for almost a decade, serving most recently as the Senate HELP chair’s senior policy adviser for her transportation, trade and economic policy portfolio as well as her Transportation-HUD and Financial Services work on the Appropriations Committee. He’ll stick with many of those issue areas at Mehlman Castagnetti, especially as Congress works to get an infrastructure package across the finish line, and will register to lobby pursuant to ethics restrictions, Mallove told PI.

ETHICS HAWKS GROW IMPATIENT WITH BIDEN: A growing number of Democrats and government watchdog groups are growing restless with the Biden administration’s lack of follow through on Biden’s campaign promise for aggressive ethics reform, fearing “that the window to do so may be closing — and with it an opportunity to prevent the lapses of the Trump years from happening again,” POLITICO’s Anita Kumar reports.

— “Having campaigned on bringing ethical behavior back to the Oval Office, Biden made quick strides on that front. He established strong ethics rules for his own aides,” but “executive actions only last as long as the president in office is willing to live by them,” with critics noting that “the longer lasting reforms … come through legislative action.”

— “So far, Biden has embraced a stalled election reform bill that contained ethics proposals in it. But he rarely emphasized the ethics part of that legislation. And he hasn’t publicly or privately pushed members of Congress to pass other laws that would encompass” portions of the 25-point reform plan Biden touted on the trail. So “in the absence of that legislative push, a coalition of more than a dozen government advocates are urging Biden to appoint a senior White House official to oversee, enforce and communicate about ethics the way former Republican President George W. Bush and Democrat President Barack Obama did.”

WHAT WE LEARNED AT THE FILING DEADLINE: “Big names in corporate America have resumed donating to Republican lawmakers who voted against certifying President Biden’s victory after the companies earlier announced pauses or reviews of their political donations in response to the Jan. 6 Capitol riot,” The Wall Street Journal’s Chad Day reports. Aflac, American Airlines, Ford, General Motors, Tyson Foods and UPS “were among those that made recent donations to the campaigns of some of the 147 GOP lawmakers,” according to second-quarter campaign finance disclosures.

— “The latest filings also show Toyota Motor Corp.’s PAC gave more than $85,000 to more than four dozen GOP objectors before announcing a halt to such donations last week. … The companies whose PACs have resumed donating weren’t among those that had made specific pledges not to give to the group of GOP lawmakers. Those companies, which include” Amazon, Walmart, AT&T, Nike and Mastercard, none of whom appear to have donated directly to those lawmakers.

— Another nugget: Of the election objectors who had comparable corporate PAC donation data this time last cycle, 100 reported receiving less money from corporate and trade association PACs in the first half of 2021 than in 2019, the Journal found.

INSIDE THE SCAM PAC OPERATION THAT IMPERSONATED TRUMP: CNN’s Andrew Kaczynski and Em Steck have a fascinating deep dive into the lavish online persona and workings of Matthew Tunstall, who goes by “Matte Nox” online and is the man behind a pair of scam PACs that has raised millions of dollars by impersonating former President Donald Trump.

— Tunstall “looks like your typical thirty-something wannabe Internet influencer, flaunting a lavish lifestyle on his public Instagram and TikTok accounts. He drives a black Porsche Panamera around Los Angeles at night, often to the soundtrack of club music. He lives in a luxury high-rise apartment downtown and parties with aspiring models at nightclubs. … Nox is an ‘award-winning writer’ and ‘executive producer,’ according to his online bio. In his LinkedIn accounts, he describes himself as an investor in ‘women-led ventures,’ including a modeling agency and a beauty company that sells face masks.”

— Tunstall’s PACs, Support American Leaders and Campaign to Support the President, “have together raised a total of $3.4 million to date, according to federal filings. While much of that money pays for the billions of robocalls the two groups make, almost all of which feature recorded soundbites of public statements from Trump, a CNN KFile analysis shows that the PACs paid Tunstall at least $738,000 of that money to date.” 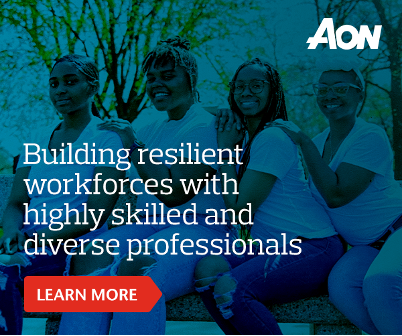 — Jeffrey Rosen is now a nonresident fellow in social, cultural and constitutional studies at the American Enterprise Institute, as part of a new Center for American Constitutional Governance. He was most recently acting attorney general.

— Wayne Palmer is now senior adviser for federal affairs at the Industrial Minerals Association – North America. He most recently was deputy assistant secretary of the Mine Safety & Health Administration at the Department of Labor.

— Aaron Kleiner is now director for government affairs and public policy at Unity Technologies. He previously was senior director and chief of staff in Microsoft’s privacy and regulatory affairs group.

A message from Aon:

We are proud to partner with OneTen and 50 other employers to create one million family-sustaining jobs for Black Americans by 2030. By uniting demand for talent with the opportunity for diversity, we can achieve structural change through the scale of our combined efforts. Learn more.