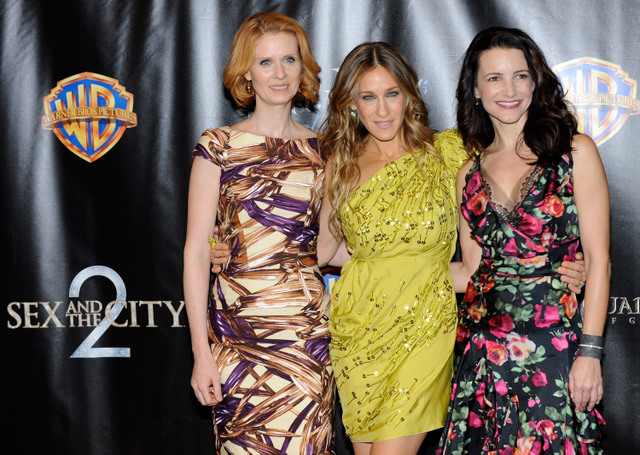 Fans couldn’t help but wonder if “Sex and the City” would ever be revived, and now, they don’t have to hold their breath any longer. On Sunday, Jan. 10, Sarah Jessica Parker, Cynthia Nixon and Kristin Davis confirmed the beloved series is coming back to life at HBO Max. However, not only will it feature a fresh storyline but an entirely new name: “And Just Like That.”

Best of all? The gang will be back together, with the exception of Kim Cattrall, who has been vocal about not participating in anything related to “SATC.”

“I couldn’t help but wonder… where are they now,” Parker cheekily shared on Instagram, alongside a teaser of what’s to come. Nixon wrote, “You, me, New York…anything is possible.”

Davis added, “Anything is possible…. Meet you there!”

In Parker‘s comment section, she admitted a release date hasn’t been set just yet. “But stay tuned,” she replied to a fan, “and we will be certain to share all the details!!!”

Sex and the City Celebrity Cameos

In a press release shared with E! News, HBO Max shared the dazzling details of the new “SATC” project.

It’s unclear if HBO Max plans to keep Samantha’s character in the revival.

On the topic of re-casting that key role, Nixon told Andy Cohen last September, “I’ve also heard many people say, including Kim Cattrall herself, that if we were to have a different fourth woman that maybe it would be a woman of color this time… And I think that would be amazing as well.”

All three leads, plus Michael Patrick King (who was the creative force behind “Sex and the City”), will executive produce “And Just Like That.”

“I grew up with these characters, and I can’t wait to see how their story has evolved in this new chapter, with the honesty, poignancy, humor and the beloved city that has always defined them,” Sarah Aubrey, Head of Original Content at HBO Max, said in the press release.

As fans wait for more details to come out over the new HBO Max show, relive the best “SATC” celebrity cameos and take notes on the fashion trends the series started.