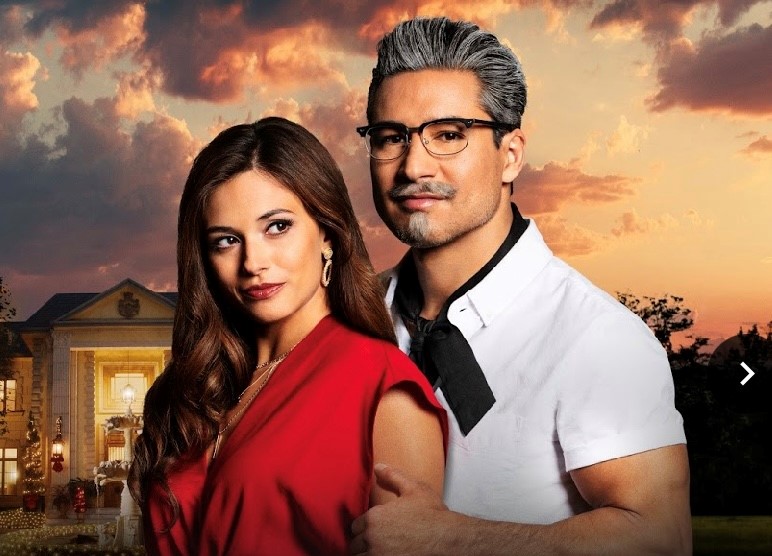 Yes, we know that headline is a lot to unpack.

Mario Lopez, the one-time (and current — thanks, Peacock streaming service* for this week’s reunion show!) “Saved By the Bell” star and “Extra” entertainment host, is portraying Colonel Sanders for a “mini-movie” in partnership with Lifetime and KFC restaurants.

Lopez trended on Twitter Monday as people seemed both amused and bewildered by the announcement.

While it’s always surprising which celebs end up on “Dancing With the Stars” — we’re looking at YOU, Bill Nye the Science Guy! — it was not completely out of Lopez’s lane to be on that show — the entertainer did take dancing lessons when he was a child.

Still when we learned on Monday that Lopez, now 47, had taken a starring role as Kentucky Fried Chicken’s Colonel Sanders, there were definitely double-takes involved.

Lopez assumes the role of Harland Sanders, personal chef, in “A Recipe for Seduction” (don’t blame us; that’s the REAL title), which will premier on Lifetime (where else, really?) on Dec. 13.

Here’s the plot of the 15-minute “mini-movie,” per Lifetime: “As the holidays draw near, a young heiress contends with the affections of a suitor handpicked by her mother. When the handsome chef, Harland Sanders, arrives with his secret fried-chicken recipe and a dream, he sets in motion a series of events that unravels the mother’s devious plans. Will our plucky heiress escape to her wintry happily ever after with Harland at her side, or will she cave to the demands of family and duty?”

Things don’t go so smoothly for our suave chef in this one — at one point, Lopez’s character appears to be tied to a chair in a dark room, his mouth duct-taped, interrogated by Chad Doreck, Lopez’s competition for the lively, lovey young heiress. It’s Doreck’s character who lets Sanders know that, “Secret’s out, Chicken Man!”

Yes, if you’re wondering, this one’s hashtagged #RecipeForSeduction. Yet another big question swirling around: How can that trailer only have 1,300 likes?

After decades of filling the Colonel Sanders spokesman role with the company’s founder, KFC started to ham it up a bit with the casting, enlisting everyone from “SNL” alums Darrell Hammond and Norm McDonald to actors Rob Lowe and Ray Liotta to country-music star Reba McEntire for the role.

Disclaimer: NBC Universal is the parent company of both NBC 7 and the Peacock streaming service–Ed.