Drake and Kanye West are both powerhouses in hip hop and the music industry overall, despite each artist having their own share of baggage and quirks. However, as often happens with two major names in the same genre, the rappers have a long history of tension in their relationship. While they have collaborated in the past, they have also taken turns throwing jabs at each other with their lyrics, the most recent of which fans speculate can be found on Drake’s track “Laugh Now Cry Later.” Drizzy raps, “Distance between us is not like a store, this isn’t a closeable gap,” allegedly referencing Yeezy’s recent deal with the GAP clothing brand.

Despite the shade, a recent Instagram post from OVO producer NEENYO has followers speculating that Drake might be ready to make peace with Kanye West. The now-deleted picture shows an envelope reading, “To: Ye From Drake,” and embellished with the OVO owl logo in the bottom corner. While the picture could indicate a new diss track on the way, fans seem to think the post suggests that Drizzy is attempting to extend an olive branch, or that a new collaboration may be in the works for the two superstars.

Drake’s upcoming album, Certified Lover Boy, is due to drop any day now if the 6God hopes to fulfill his promise of a new project for his fans before summer is up. The date originally rumored to deliver the drop has already come and gone, but celebrity and influencer posts of merch from the album suggest we can expect it very soon. Some OVO followers suspect the Yeezy letter may be a sign of what to expect on the new album, but there is just no confirming any rumors until its release.

Kanye has been struggling with his mental health recently, so let’s hope that Drake is only sending love to his fellow rap star this time around. 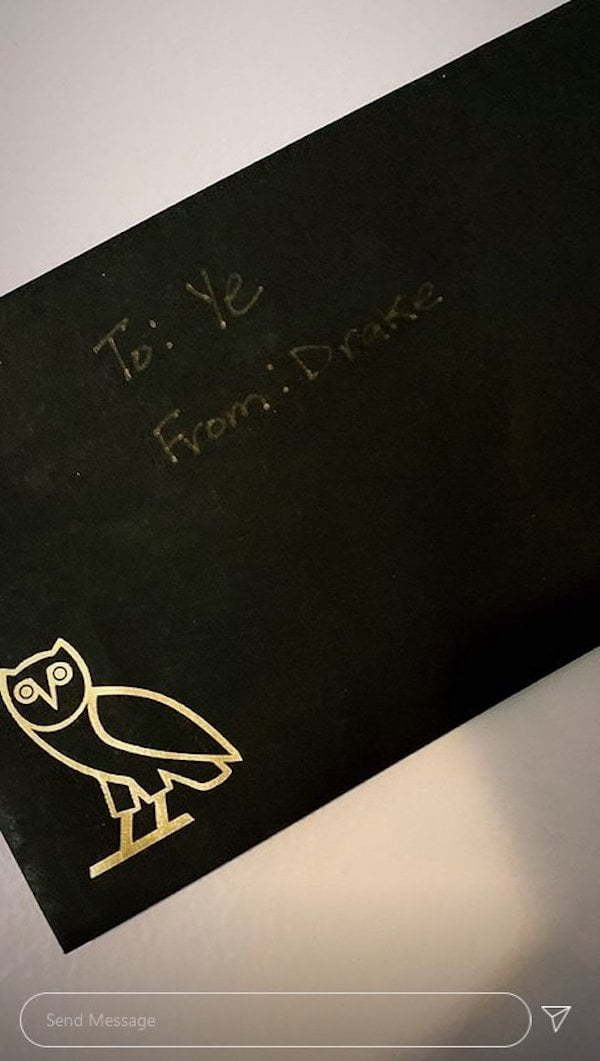 Watch a portion of Drake interview below.