It seems Lori Harvey is not set to be Future’s next baby mama as the pair have reportedly broken up.

For the past 9 months, Future has been in romance mode as he woos the model who previously had links to Diddy, his son Justin Combs, and Trey Songz. Romance rumors were first sparked when Lori Harvey attended Future’s birthday party in November, and she then began making regular appearances on his Instagram. The couple jetted off to Jamaica, Nigeria, and other exotic locations as they celebrated Valentine’s Day and Lori’s birthday, but it now seems as though the kibosh has been placed on their relationship.

Both prolific on social media, the 23-year-old and the “Trillionaire” rapper have unfollowed each other on Insta, and also deleted all photos of each other. Neither party has commented on the rumors, which first came courtesy of The Sun, but it looks as though things might well be over. 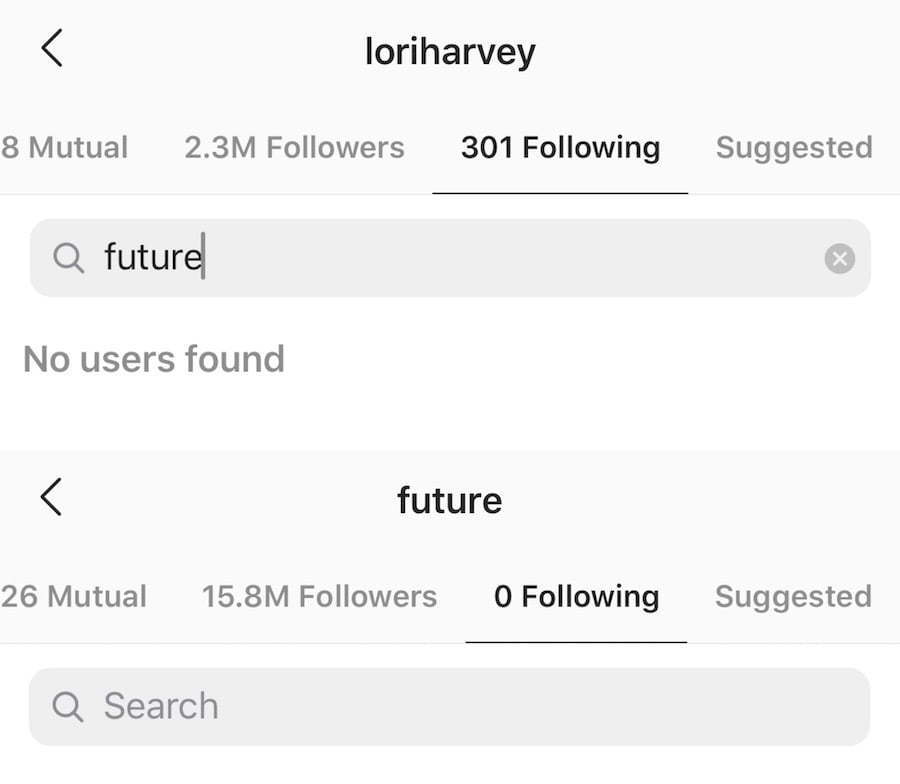 Future and Lori Harvey’s relationship was never without challenges, as they dealt with the 23-year-old’s step-father, Steve Harvey, allegedly not being too keen on his daughter’s new man, as well as all the legal drama involving the rapper’s baby mamas.

Two women claimed that Future had fathered their children, and although the artist came to an out-of-court settlement with the one, Eliza Seraphin took her case all the way to the judge who ultimately determined that Future is the biological father of her daughter, Reign. The legal matter has also included accusations of defamation, libel, and fraud, all of which could have contributed to strain on Futch’s relationship with Lori, who, herself, was at one stage rumored to be carrying the 35-year-old’s child.

Following reports of their breakup, Lori Harvey put on her bikini and hit the pool to remind Future what he is missing.