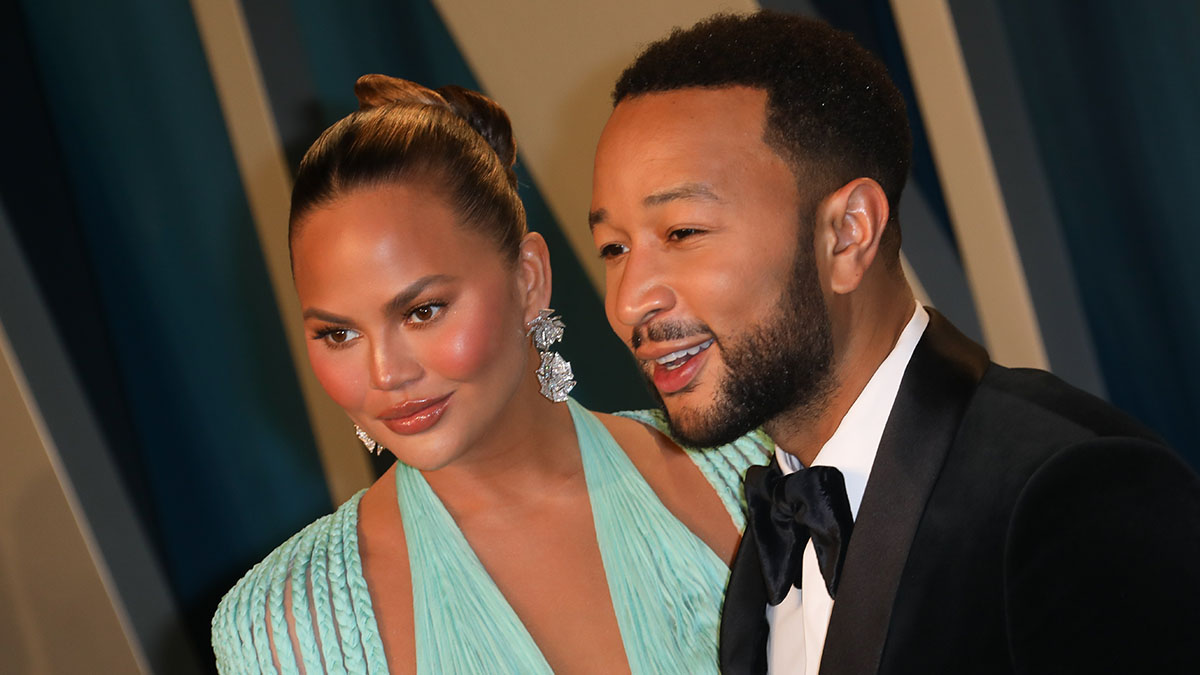 John Legend and Chrissy Teigen have some “Wild” news to share.

In the singer’s latest music video for his new song “Wild,” the famous couple announced they are expecting their third baby. The final shot of the steamy visual featured Teigen holding her growing belly, with Legend standing behind her.

Their new little one will join big sister Luna and brother Miles Stephens, who were also featured in the music video. Teigen and Legend held their kids’ hands as they walked on the idyllic Mexico beach, where the family vacationed and shot the video.

The pair’s decision to announce their pregnancy in the music video is rather fitting considering the pair first met on set of his “Stereo” music video in 2006, directed by their friend Nabil Elderkin.

In the YouTube premiere, the duo shared that they were happy to replicate how their love story began and document their “family’s growth,” especially with Nabil, who introduced them in the first place.

Neither Legend nor Teigen have addressed the pregnancy on their respective social media accounts yet, leaving fans scratching their heads.

Legend further stirred the pot by sharing this caption, “New music video for #Wild is out now,” with five heart emojis. Were the five hearts intentional? It may never be known.

However, a source confirms they’re expecting baby No. 3.

It’s unclear if the duo conceived through IVF, as they did with their eldest children.

In the past, Teigen has discussed her struggles with getting pregnant and going through the process of harvesting embryos, a discussion that her followers were very supportive of. “Regarding the IVF business, I have never gotten so many kind, encouraging words in my life,” she previously tweeted. “You guys are awesome and appreciated.”

But it’s also safe to say that Miles is Legend’s total mini-me, which Teigen hears all the time. She joked on Instagram in March, “i get it. he looks like john. please leave a new comment I beg u [sic].”