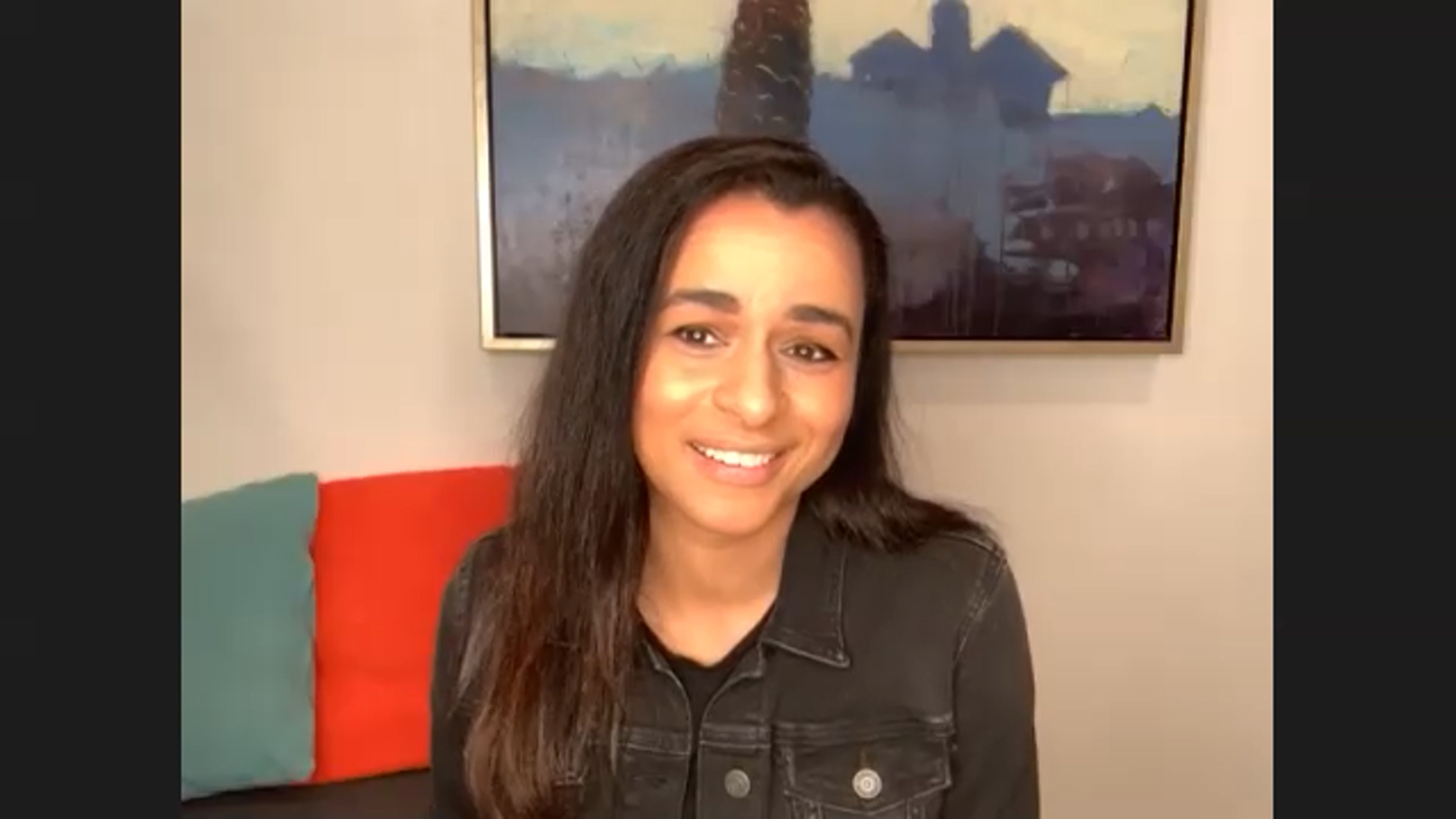 “Hi. I’m Sarah Cooper, and I have an announcement to make: I am not going to be the next vice president of the United States. It was down to me and Kamala, but Joe wanted to go with someone who has ‘experience,'” Cooper quipped.

She thanked “Trump… Tower, Moscow” for helping her become one of the break-out stars of quarantine, noting that at the beginning of the year she was doing a late night set at a pizza place in Jersey City and now she’s guest-hosting Kimmel’s show.

“I’ve come a long way to be here tonight, emotionally and geographically,” Cooper, who was born in Jamaica, said.

While struggling to make ends meet doing comedy, Cooper took a job as a UX designer at Google, where she honed her “whole ‘Ted Talk vibe,'” she said. It was through that experience in the corporate world that Cooper garnered material for her books “100 Tricks to Appear Smart in Meetings” and “How to Be Successful Without Hurting Men’s Feelings.”

But it was Cooper’s expressive lip-synching of Trump’s speeches and interviews on TikTok that shot her fame. Her viral Trump impressions have been viewed millions of times across her social media platforms, and helped Cooper garner over 576,000 followers on TikTok, the Chinese-owned social media platform that Trump is threatening to ban next month over what his administration says is concerns about “national security, foreign police and the U.S. economy.”‘

“I’ve gotten deep inside Trump’s head and let me tell you, it is lonely in there,” Cooper said. “It’s just me and a person, woman, man, camera, TV. Oh, and a bucket of chicken.”

In an effort to show that she’s “more than my Trump impressions,” Cooper then took questions from fans about the “real” her — answering them with lip syncs of Trump’s most memorable quotes.

Later in the show, Cooper tried to teach actor Ben Stiller how to do his own TikTok Trump lip syncs and singer Holly Humberstone performed her songs “Overkill” and “Falling Asleep at the Wheel.”