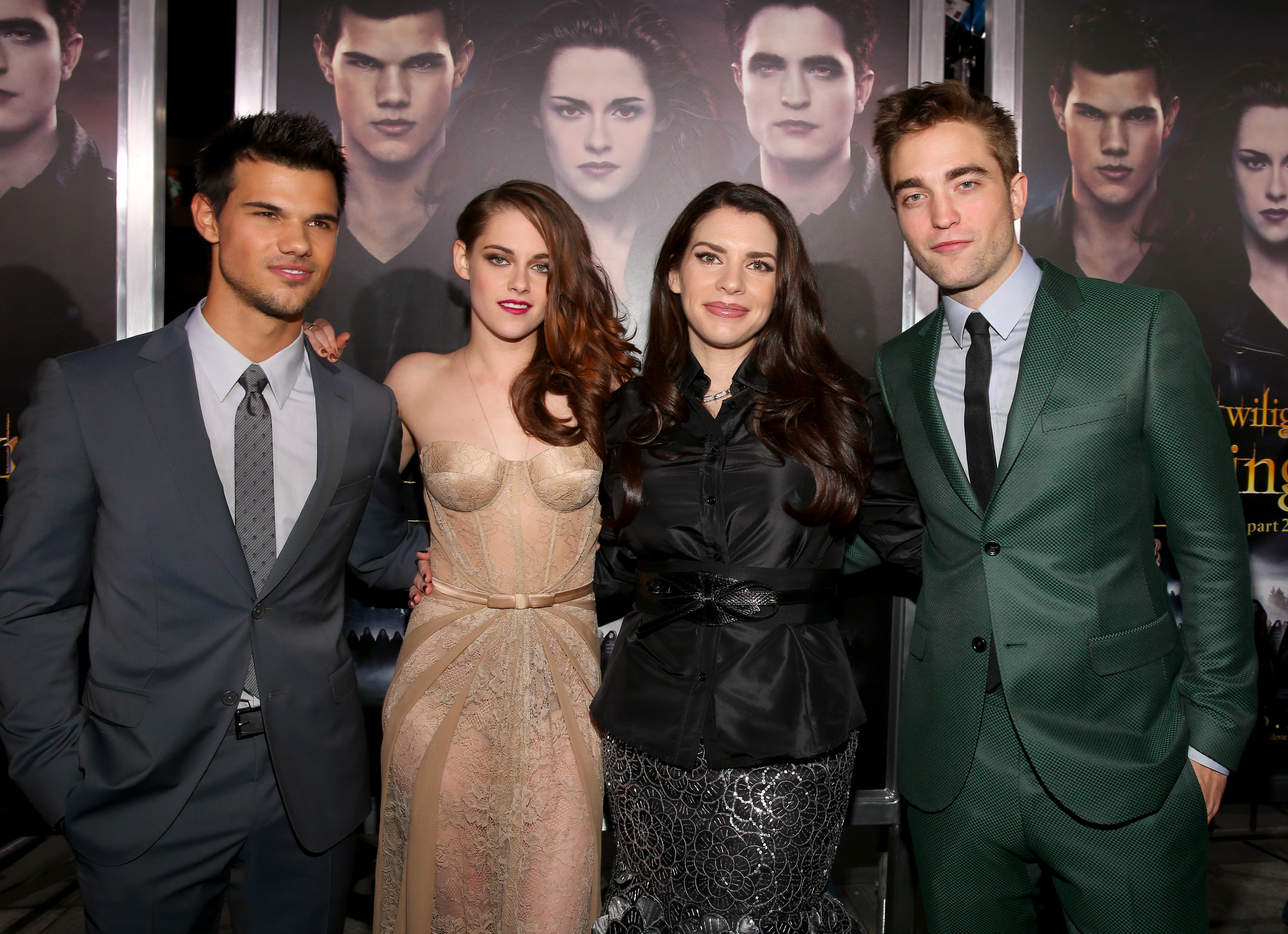 Fans of the popular series will recall that the book, which is told in the perspective of vampire heartthrob Edward Cullen, was originally set to be released in 2008 but was delayed after a copy of Meyer’s manuscript was leaked. Instead, she decided to release the draft online.

Eager to share the news with fans, the author made the exciting announcement on “Good Morning America” Monday, explaining that now felt like the perfect time to officially publish the novel and gave fans a look at the cover art.

“Good morning, America, and good morning especially to any ‘Twilight’ readers that are watching,” she said. “My name is Stephenie Meyer and I am very excited to finally announce the release of ‘Midnight Sun’ on August 4. It’s a crazy time right now and I wasn’t sure if it was the right time to put this book out, but some of you have been waiting for just so, so long. It didn’t seem fair to make you wait anymore.”

Upon hearing the news, fans of the franchise took to Twitter to voice their excitement.

“Me walking back into the twilight fandom, knowing full well I’m ready for this to destroy my life again,” one fan shared, along with a GIF of Robert Pattinson as Edward from the first film.

Another tweeted, “I may or may not be crying. I’ve waited over a decade for this.”

Still proud to be in the “Twilight” fandom, another wrote, “Am I a 33 year old woman super pumped to read the new Twilight book? You betcha.”

The release of “Midnight Sun” comes 15 years after Meyers published the first “Twilight” book, which would then turn into a beloved four-part series that was later adapted into a successful movie franchise starring Pattinson and Kristen Stewart.

Last week, the famous author caused a stir on social media after posting a mysterious countdown on her website Fickle Fish Films, making many believe that a new book is on the way. Almost immediately, Twihards suspected that Meyer was releasing “Midnight Sun.”

Others speculated that the cryptic announcement could be counting down to a sequel for her other hit novel “The Host,” which she released in 2008 and also adapted into a film starring Saoirse Ronan. Fans of another one of Meyer’s books, “The Chemist,” hoped it was related to the 2016 thriller novel.

Reflecting on the first film’s 10th anniversary, Pattinson weighed in on the impact that the franchise made on pop culture.

“It seems like with younger people in their late teens, early 20s, it’s sort of become quite a hip thing to like,” he told USA Today in April 2019. “It’s a fascinating second wave of people appreciating it, which is kind of cool. I think when anything becomes a massive phenomenon, there’s always people who get annoyed because it’s just everywhere. But now it seems like a retro thing: the soundtrack, the fashion. It’s like, ‘Oh, that’s so late 2000s.'”