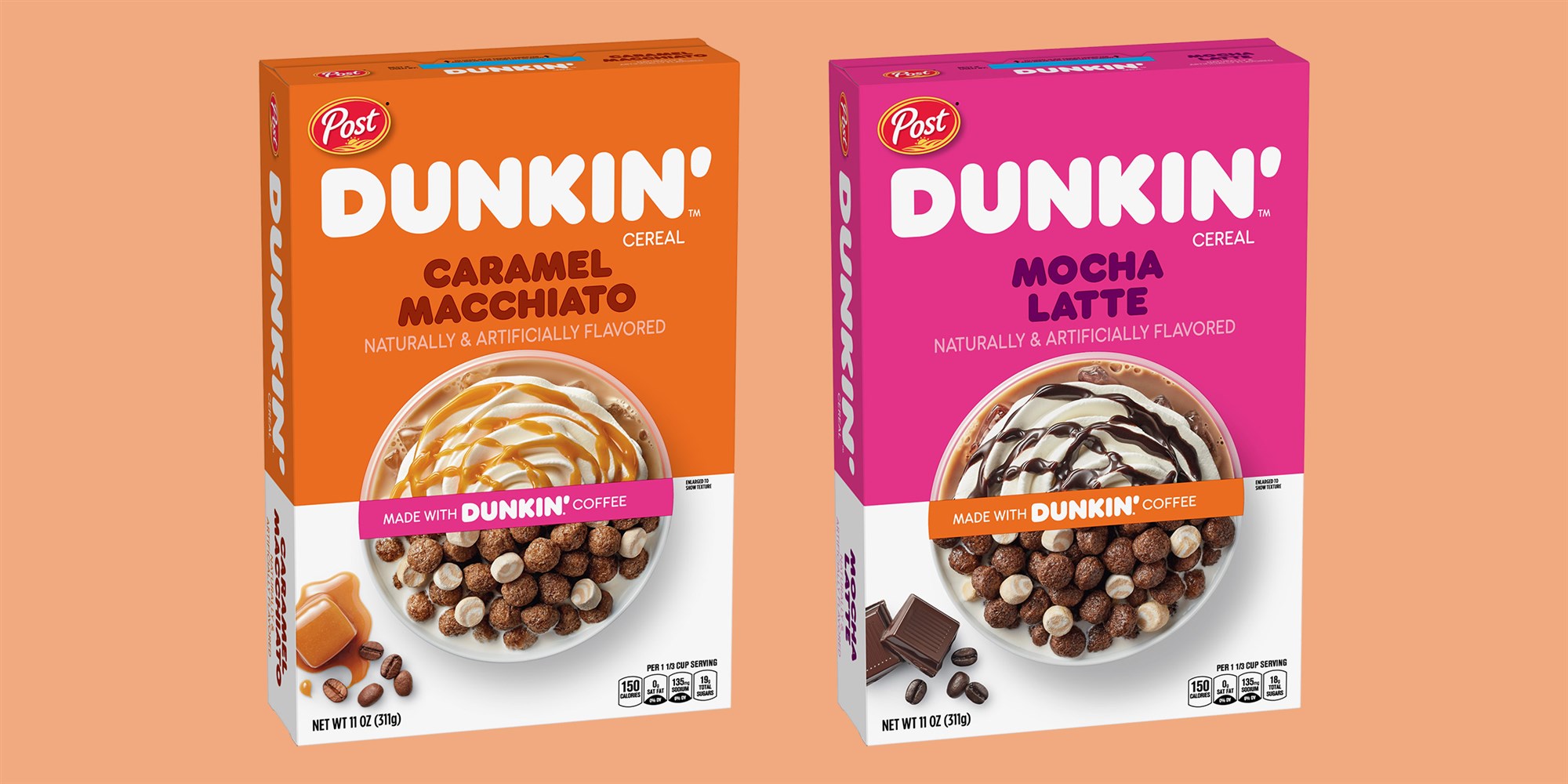 For many, mornings are hard and coffee is usually the drink of choice to help people perk up.

Now, instead of drinking your morning brew, Dunkin’ wants you to eat it.

The doughnut chain has teamed up with Post to create two new cereals inspired by popular Dunkin’ beverages — and the crunchy cereals don’t just taste like coffee, they each have a little bit of caffeine.

Watch TODAY All Day! Get the best news, information and inspiration from TODAY, all day long.

A bowl of one of these cereals isn’t like drinking an actual cup of coffee, so you’ll likely need to enjoy a cup of joe for a real morning energy boost. According to Post, each cereal has less than 10 milligrams of caffeine per serving, which is equivalent to taking a few big sips of coffee (or about a tenth of a cup)

“Coffee and cereal are the ultimate breakfast go-tos, ranking as the top two most consumed items to help people start their day,” Josh Jans, Post’s brand manager of cereal partnerships, said in a prepared statement. “Dunkin’ coffee is a daily ritual for Americans, and we’re excited to be partnering with them to indulge their fans’ coffee cravings. Getting the flavor right on our new cereals was a top priority, and we think we’ve nailed the rich, smooth and creamy taste.”

Post’s Dunkin’ cereals are set to roll out nationwide starting in August, and will be available at several grocery stores, including Walmart, Stop & Shop, Publix, Wegmans, Albertsons and Food Lion. Each box will retail for around $4.29.

This story first appeared on TODAY.com. More from TODAY: