A D.C. holiday tradition is set for Thursday night. The National Christmas Tree outside the White House will be illuminated during a ceremony with President Donald Trump and First Lady Melania Trump.

Here’s everything you need to know, from the broadcast schedule to road closures to how (and when) to see the tree in person. 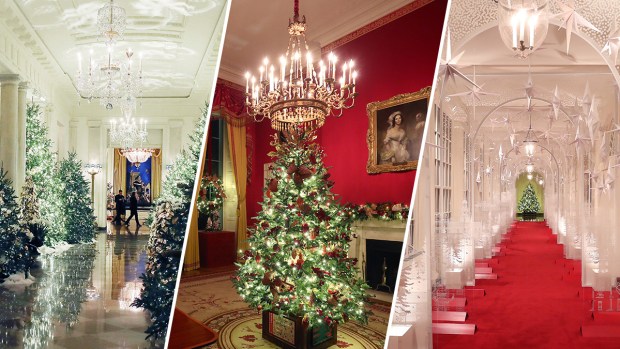 If You Have Tickets

Tickets have already been distributed via a free lottery. If you were able to snap some up, be prepared for road closures and the usual rush hour traffic, so consider taking Metrorail (or a bus). The closest Metro stations are Farragut West and McPherson Square on the Blue, Orange or Silver lines.

You should also be prepared to go through security checkpoints, so make sure you allocate enough time to get through. Plan to be in your seat by 4:30 p.m., a National Parks spokesperson said. The show will begin at 5 p.m.

The tree lighting will be held on the Ellipse, just south of the White House. The Ellipse is also bordered by Constitution Avenue NW to the south, and 17th and 15th streets NW to the west and east.

How to Watch Without Tickets

If you haven’t already scored tickets, you’re out of luck. However, you’ll still be able to view the lighting ceremony on TV — you’ll just have to wait a few days. The ceremony will air twice Monday night, on REELZ at 8 p.m. and on Ovation at 9 p.m.

What to Know About Road Closures

As usual with major events in D.C., there will be road closures for the lighting ceremony. The following streets will be closed to vehicular traffic from about 1 p.m. to 8 p.m. Thursday:

Several roads will be closed on Dec. 5, 2019, for the lighting of the National Christmas Tree.

All street closures and listed times are subject to change, police warn.

In addition, the following streets will be posted as “Emergency No Parking” from about 9:30 a.m. to 8 p.m. Thursday:

Any vehicles parked in violation of the “no parking” signs will be ticketed and towed, D.C. police warn.

Drivers could encounter delays in the area and may want to consider alternative routes, police said. Drivers should also be careful due to increased pedestrian traffic in the area.

How to Visit the Pathway of Peace

Outdoor holiday displays will light up the White House Ellipse throughout the month.

The Pathway of Peace, the walkway surrounding the National Christmas Tree, will feature 56 trees, representing each state and territory, plus the District of Columbia — all decorated with unique handmade ornaments. It will be free and open to the public starting Monday and continuing through New Year’s Day.

In addition, you’ll be able to catch free 30-minute music and dance performances on the Ellipse stage from Dec. 11 to 22, excluding Dec. 16. 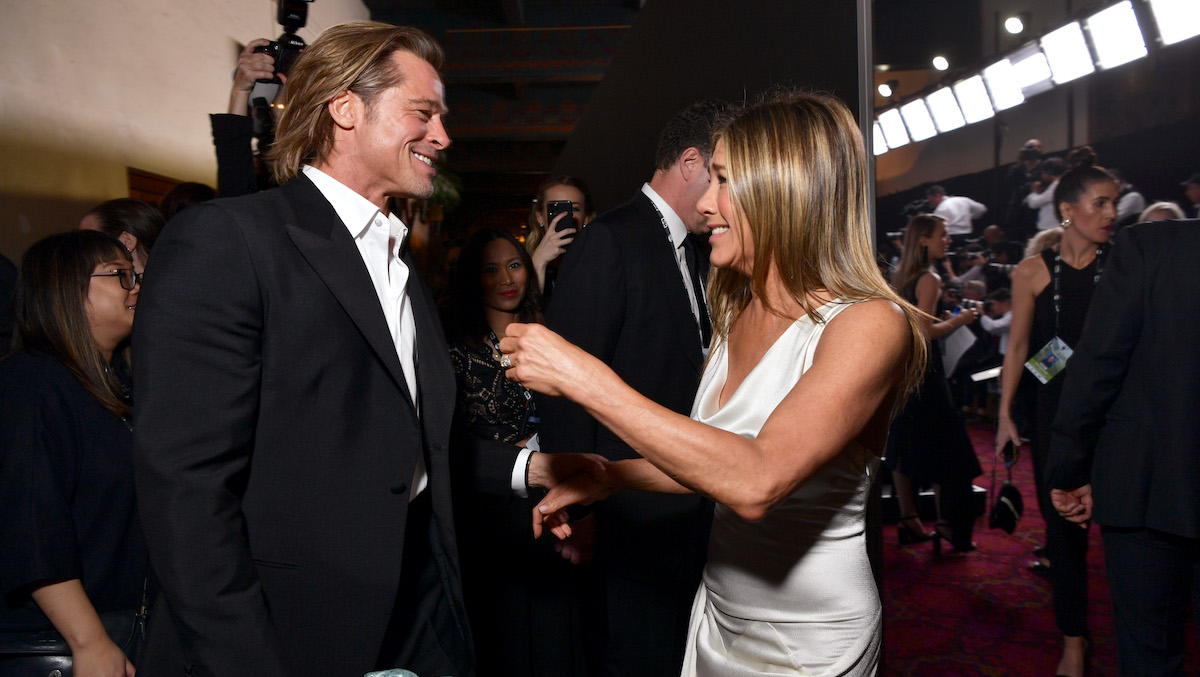 Brad Pitt and Jennifer Aniston gave the masses the Kodak moment they’ve been waiting for at the 2020 SAG Awards.

Both of the exes were nominated for their respective roles in “Once Upon a Time … in Hollywood” and “The Morning Show,” and won. And it just so happened that the former couple’s awards were announced back-to-back.

When Aniston was named as the winner for Outstanding Performance by an Actress in a Drama Series, Pitt was watching from backstage and could be heard saying “Oh, wow.”

Then, after they each delivered their speeches, the two happened to find themselves in the press room backstage at the exact same time. Coincidence or was this arranged by the producers? We many never know, but the pics of the stars running into each other will forever be seared in everyone’s memories for a myriad of reasons. For one, it proves there are no hard feelings between the two. Secondly, this was all fans could talk about since the beginning of awards season and they got their wish.

In the numerous pics, the exes are seen in a warm embrace before Aniston goes to walk away, with Pitt still holding her hand.

That being said, sources have told E! News that Pitt and Aniston aren’t exactly ready to get back together. “It’s not as big of a deal to them as it is to everyone around them,” a source noted in December.

To see who else took home an award, check out the complete list here!

The ousted Grammys CEO has fired back at the Recording Academy with a complaint claiming she was retaliated against after reporting she was subjected to sexual harassment and gender discrimination during her six-month tenure.

Lawyers for Deborah Dugan, who the academy placed on administrative leave last week, filed a discrimination complaint with the Equal Employment Opportunity Commission on Tuesday. In the filing, she claims she was subjected to sexual harassment from the academy’s general counsel, Joel Katz, which Dugan detailed in an email to an academy human resources executive on December 22, 2019.

The complaint also states Dugan was paid less than former academy CEO Neil Portnow, who left the post last year. Portnow had been criticized for saying women need to “step up” when he was asked backstage at the 2018 show why only two female acts won awards during the live telecast. Portnow called his comments a “poor choice of words” and later said he chose not to seek an extension on his contract.

A filing with the Internal Revenue Service shows that Portnow was paid $1.74 million in 2016. Dugan’s compensation was not revealed in Tuesday’s filing.

Last week the academy said that Dugan, the former CEO of Bono’s (RED) charity organization, was put on leave following an allegation of misconduct by a senior leader at the organization — just days before the Jan. 26 Grammy Awards.

In her Dec. 22 email, Dugan called the academy “a boy’s club.

“In my efforts to successfully resolve the many outstanding lawsuits facing the academy that I inherited, one of the claimants characterized her experience of our organization’s leadership as “…it’s a boy’s club and they put their financial interest above the mission….” At the time, I didn’t want to believe it, but now after 5 months of being exposed to the behavior and circumstances outlined here, I have come to suspect she is right,” she wrote.

Representatives for the academy didn’t immediately reply to emails seeking comment. An email sent to Katz said the attorney was out sick. Katz’s firm said it had not yet seen the complaint and could not comment on its allegations.

In the complaint, Dugan alleges that in May, 2019, when she had accepted the CEO position but had not begun her work, she had dinner with Katz, the academy’s general counsel, alone at his request in Laguna Niguel, California.

There, Katz acted “extremely inappropriately,” according to the complaint, calling Dugan “baby,” and making “an obvious and unwelcome attempt to ‘woo’ Ms. Dugan into a romantic relationship.”

The complaint states Dugan made it clear she wasn’t interested and was in a committed relationship, but he still attempted to kiss her at the end of the night, and Dugan “quickly turned away, repulsed.” Katz continued the harassment in subsequent interactions, the complaint alleges.

It also contends Katz and his firm were paid exorbitantly and inappropriately by the academy, and that his representing both the academy and artists who are up for Grammys was a conflict of interest. 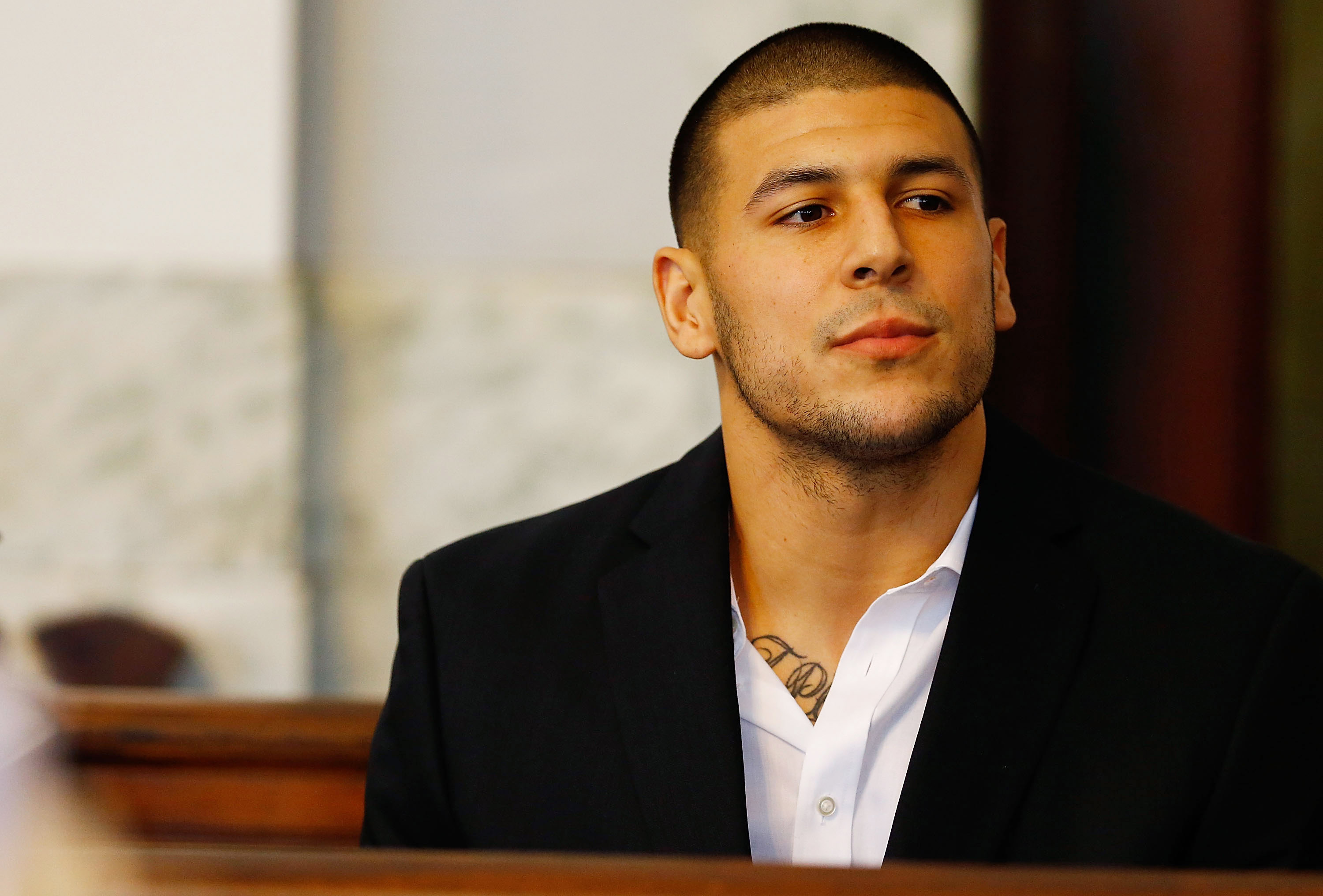 Aaron Hernandez continues to have an impact on many people.

As the former NFL player continues to gain headlines after the release of Netflix’s docu-series “Killer Inside: The Mind of Aaron Hernandez”, some are wondering what Odin Lloyd’s family thinks of the highly publicized project.

Although family attorney Douglas Sheff says he has not heard about the family’s unhappiness with the Netflix series, he told E! News exclusively, “I continue to love and care for this family. They are wonderful people. We are proud to represent them in anything they need.”

According to TMZ, some of Odin’s family members feel like old wounds were reopened with the release of the Netflix project. They also didn’t sign off on the project or want to be involved.

As followers of Hernandez know, the athlete was previously convicted of first-degree murder and sentenced to life in prison without the possibility for parole for the death of Odin.

He was also accused of killing two men in a drive-by shooting shortly after the Odin case was closed. Aaron would ultimately hang himself in his prison cell five days after he was acquitted in 2017.

In “Killer Inside: The Mind of Aaron Hernandez,” Netflix tries to break down the late football player’s life leading up to his suicide.

“I wanted to let all of you sweet sweet souls know I have tried to read every message sent on IG and through email (positive and negative) … The amount of support and positive energy is again unreal!” Hernandez’s former fiance Shayanna Jenkins-Hernandez shared on Instagram Stories. “I’m sure you will all understand how imperative it is to take some time away from social media.”

“I don’t give a damn about what some lame ass documentary has to say about Aaron. I knew him, they did not and while he was far from perfect, they are not even close to the truth,” he wrote on Instagram. “People have no idea how documentaries are made, the truth is usually found on the cutting room floor. These producers lied directly to my face, so I don’t expect their money making scheme to be much better. #ripchico #baezlawfirm #aaronhernandez.” 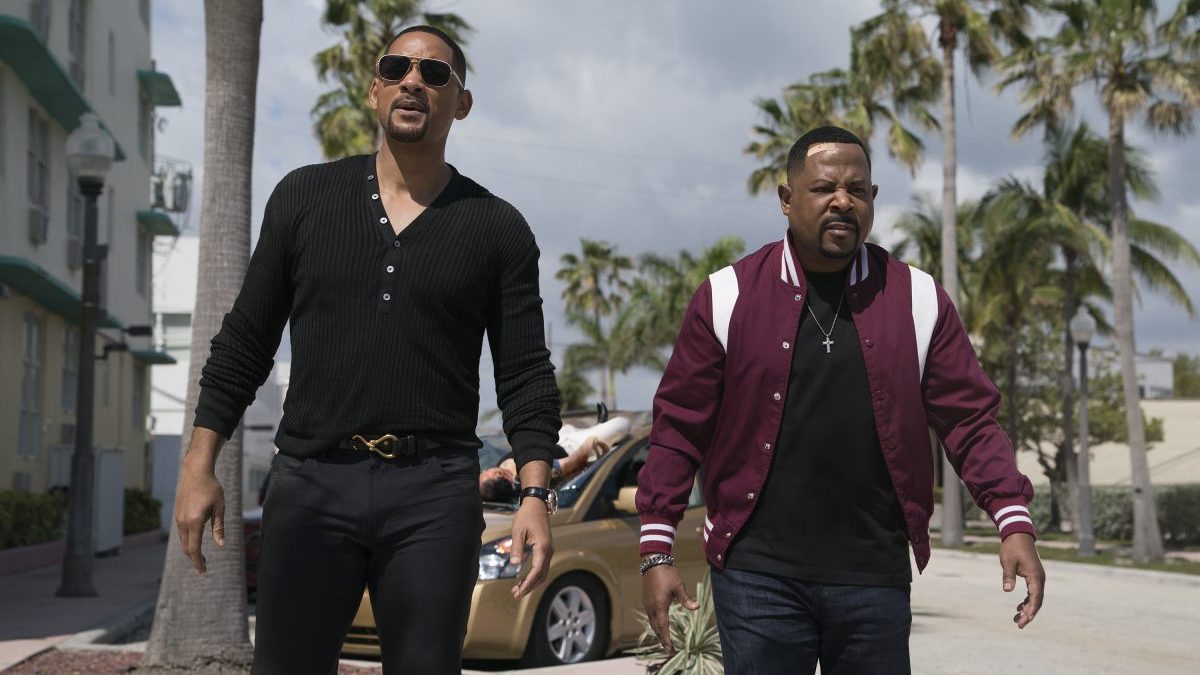 Four Florida passengers were in for a shock when actor Will Smith answered their Lyft call and gave them a ride around town.

The actor was in Miami promoting his new movie, “Bad Boys for Life,” over the weekend. He picked up four riders in a 2020 Porsche Taycan, occasionally getting into the attitude of his movie character detective Mike Lowry and encouraging passengers to do their best Bad Boys imitation as his partner in crime.

Smith had another passenger practice her scariest “Freeze. Police.” voice.

Before dropping them off, the actor told each passenger they would receive free rides from the ride-sharing company for the next year. 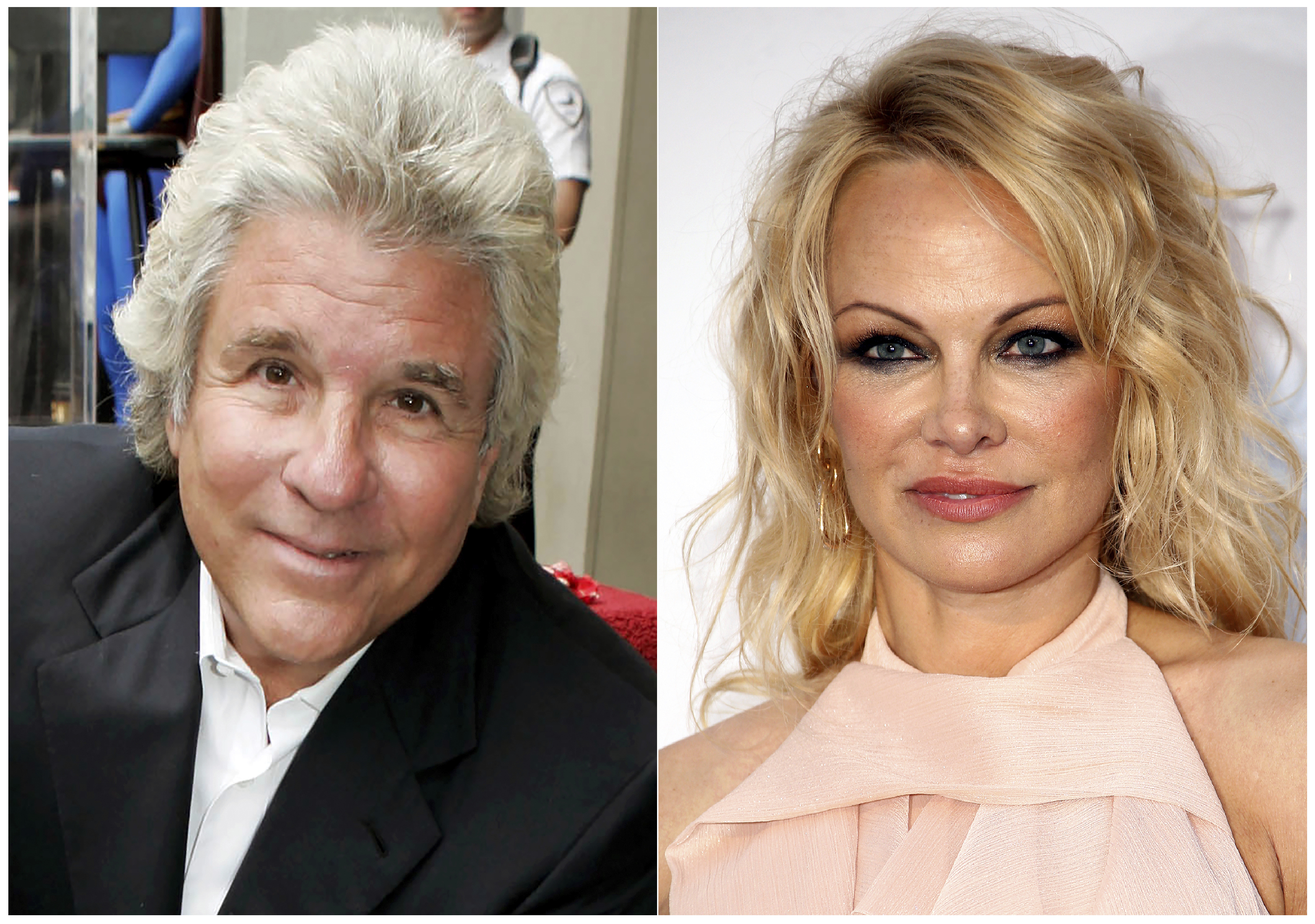 Anderson and Peters married Monday in a private ceremony in Malibu, California, a representative for Anderson said Tuesday.

It’s the fifth marriage for both the 52-year-old model-actress and the 74-year-old film producer, who recently reunited after first dating more than 30 years ago.

Anderson’s husbands have included rocker Tommy Lee and rapper Kid Rock. Peters’ former wives include actress Lesley Ann Warren, and he was once in a long and high-profile relationship with Barbra Streisand.

Anderson starred on television’s “Baywatch” and in several films, and has made frequent appearances in Playboy. 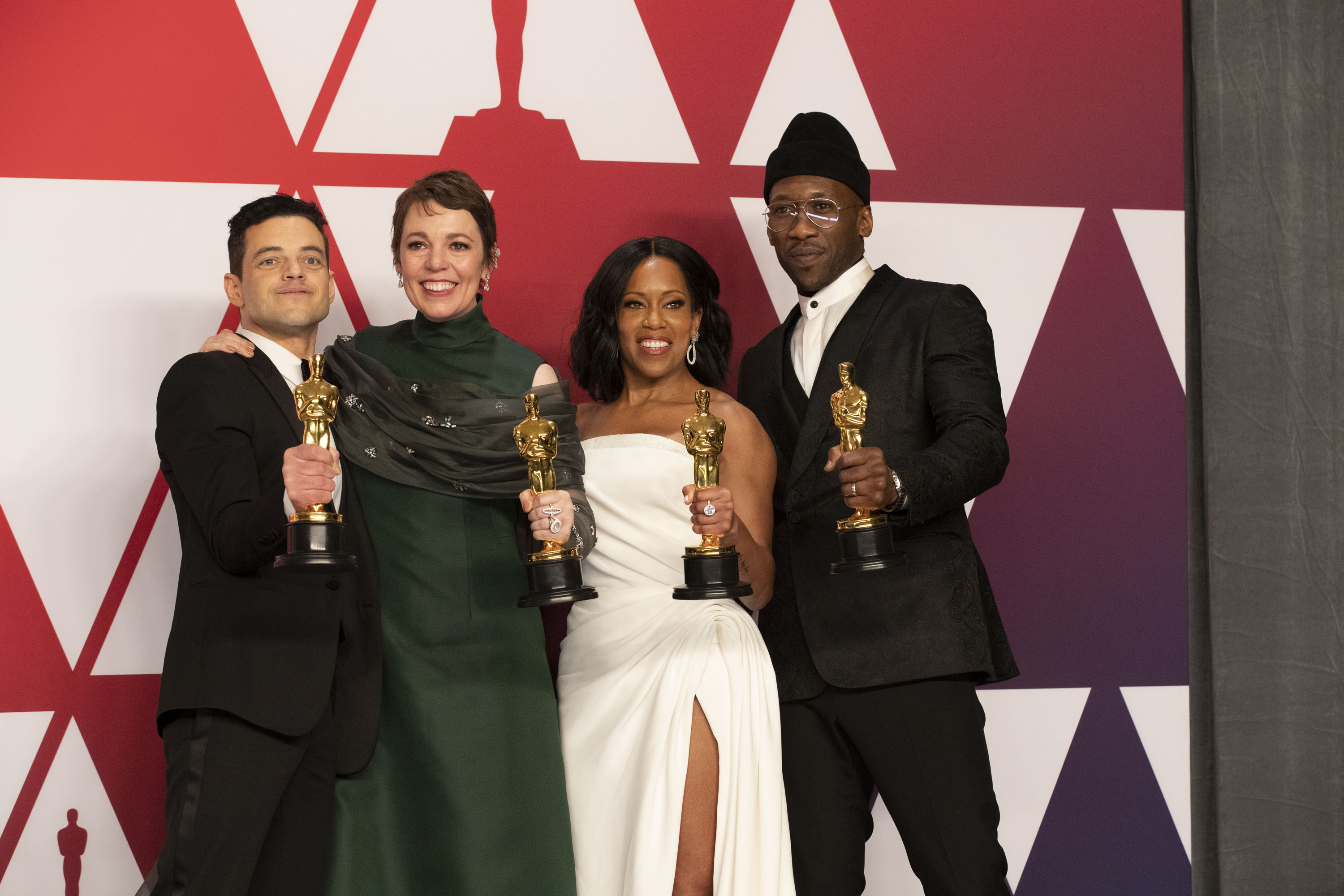 The winners of last year’s acting Academy Awards will return to the Oscar stage next month to present the coveted statuettes.

The Academy of Motion Picture Arts and Sciences announced Tuesday that Olivia Colman, Rami Malek, Regina King and Mahershala Ali will present during the Feb. 9 ceremony.

It is an Oscar tradition to have previous year’s acting recipients serve as presenters the following year.

Last year’s winners were notably more diverse than this year’s field of acting nominees, which features just one performer of color: Cynthia Erivo of “Harriet.”

The 92nd Academy Awards will be presented at the Dolby Theatre in Los Angeles and be broadcast live by ABC. For the second year in a row, the ceremony will be without a host.

Colman won best actress last year for “The Favourite” and Malek took home the best actor award for his portrayal of Queen frontman Freddie Mercury in “Bohemian Rhapsody.” King won the supporting actress honor for “If Beale Street Could Talk,” while Ali’s performance in “Green Book” earned him his second supporting actor Oscar.