Back in the 1990s, the first Toyota RAV4 was a diminutive lifestyle machine, akin to Suzuki’s Jimny in size, but less utilitarian in execution. Five generations later, the latest RAV4 has become much larger and much fancier. Does it have the right stuff to tackle a tough segment, though?

The first thing that strikes you about the new Toyota RAV4 is how big it is. Perhaps it’s because I remember the tiny original, but even by modern compact SUV standards, this latest RAV4 seems almost too large to fit the “compact” bill.

It’s certainly among the biggest in its class: At 4.6m long, 1.86m wide and 1.69m tall, this RAV4 easily eclipses the Hyundai Tucson and is also more corpulent than the Mazda CX-5, generally considered one of the biggest in this sector. 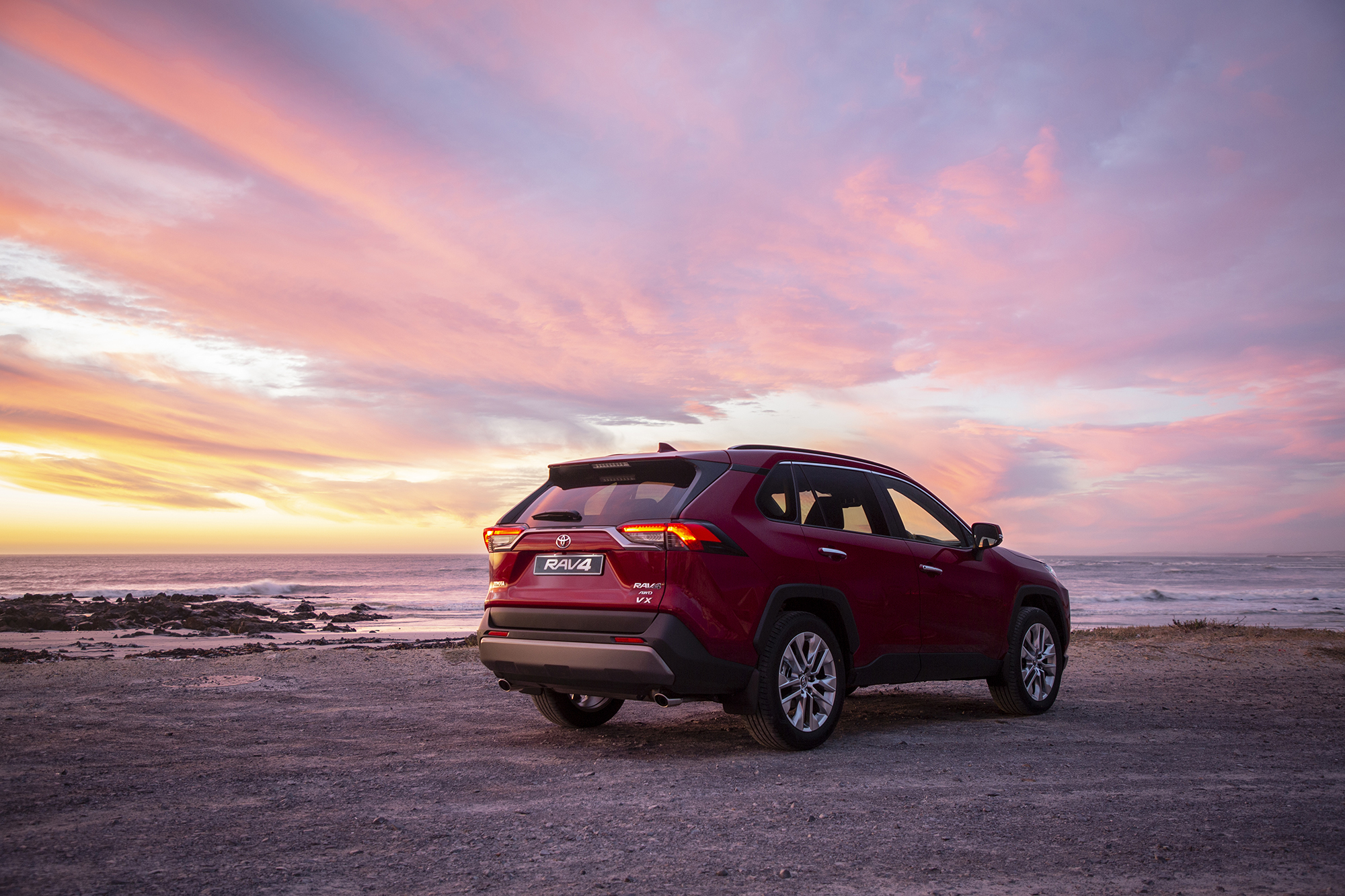 That said, it carries its size well. Toyota’s latest, somewhat angular, but edgy design language makes for a keenly tailored shape in the RAV4 context, with only the rear haunches appearing a little heavy-set. 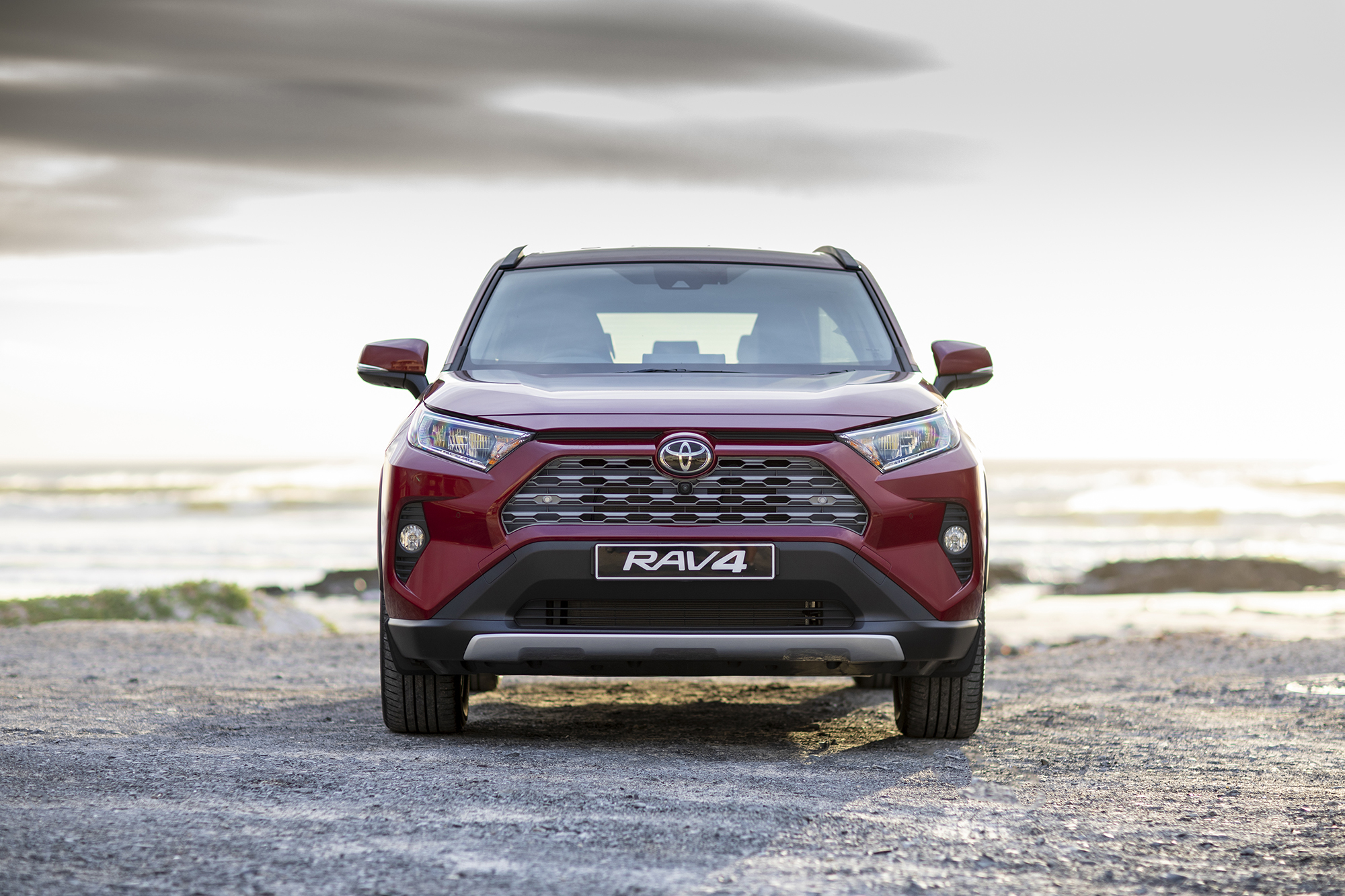 Thanks to a fairly generous wheelbase, the front and rear overhangs have been kept quite short, which contributes to the SUV’s athletic presence. The rear is fairly tame, with the overt taillight clusters linked by a generous lashing of brightwork.

That this RAV4 is all-wheel driven is underlined by its 200mm ground clearance, although those handsome 19-inch wheels and 55-profile rubber place the emphasis more firmly on the SUV’s urban runabout role. 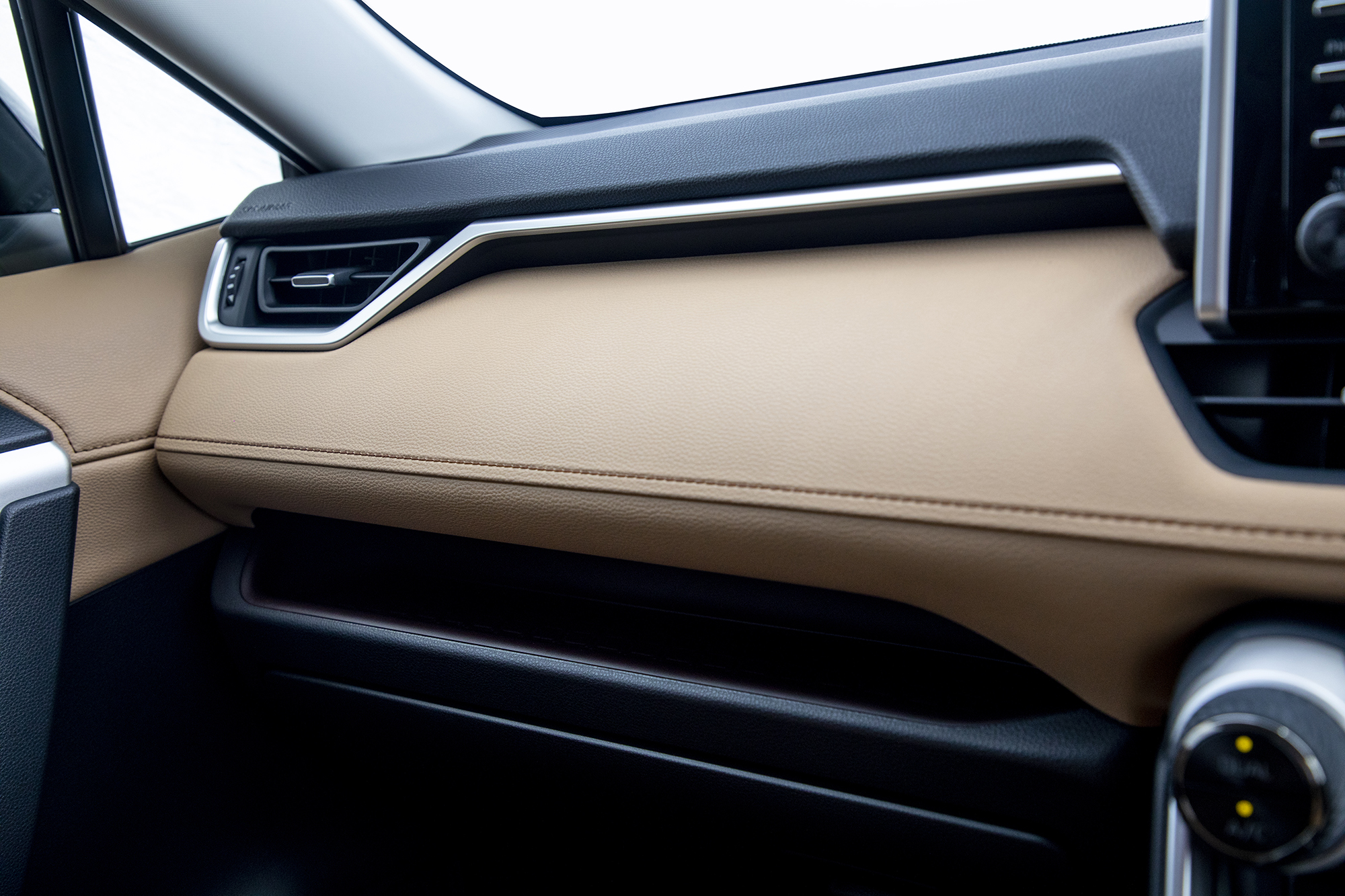 Step inside and the flagship VX model oozes luxury. The seats are trimmed in leather, as is part of the dashboard – a lavish touch in the mainstream context. There’s some brushed metalwork to provide welcome contrast, while the switchgear is chunky, with positive actions to match.

There’s an almost disproportionately large touchscreen, propped up on the centre stack in a way that looks unexpectedly cumbersome. The upside is a clear, bright screen and intuitive access to the RAV4’s full-house feature set. 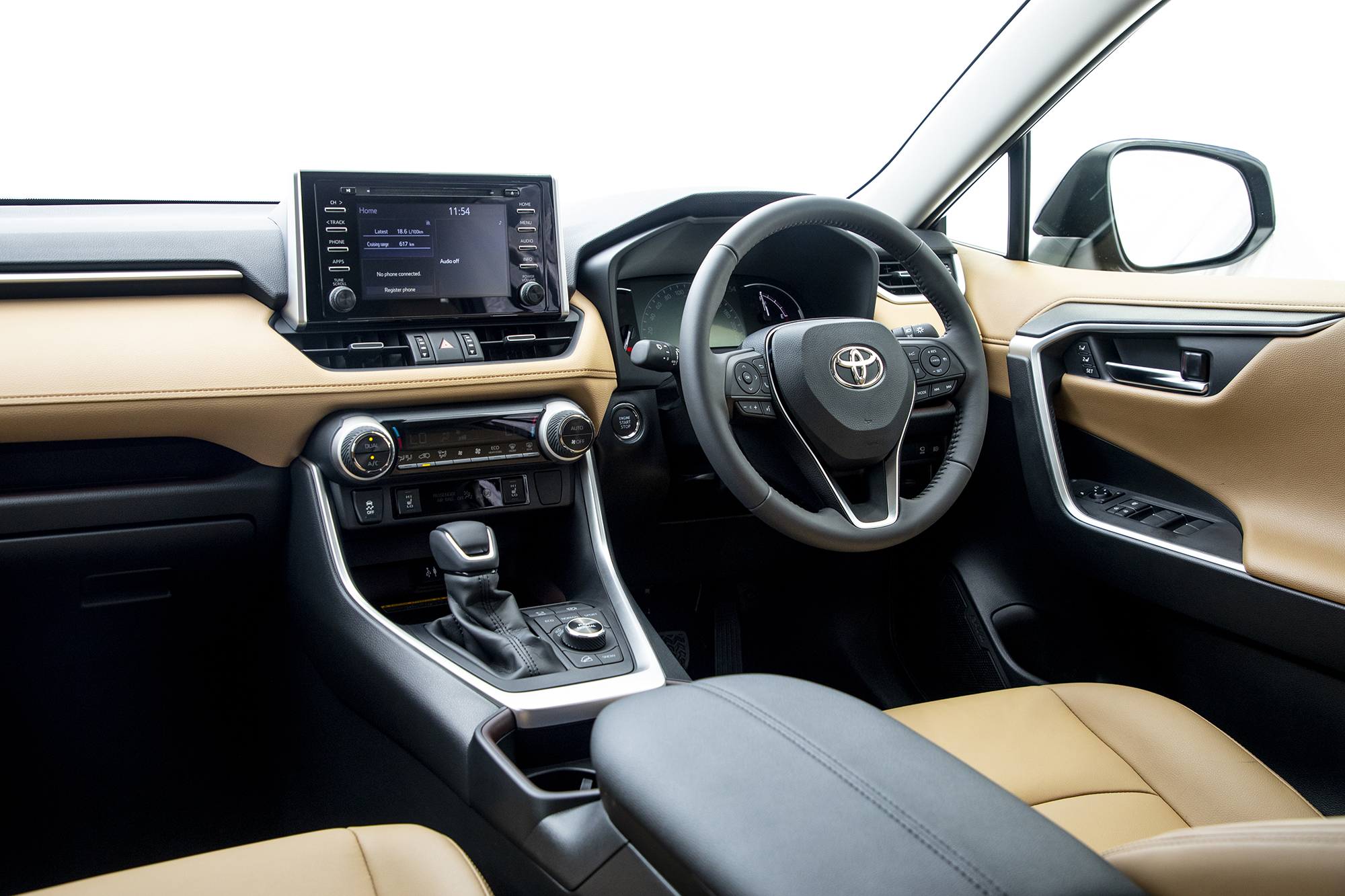 By modern standards, there’s still a lot of switchgear scattered around the cabin, and while it’s well marked, it makes for a busy cockpit.

However, the main instrumentation is lucidly presented, dominated by a TFT display with a digitally rendered half-moon speedo and flanked by analogue gauges for rev count, fuel level and temperature. 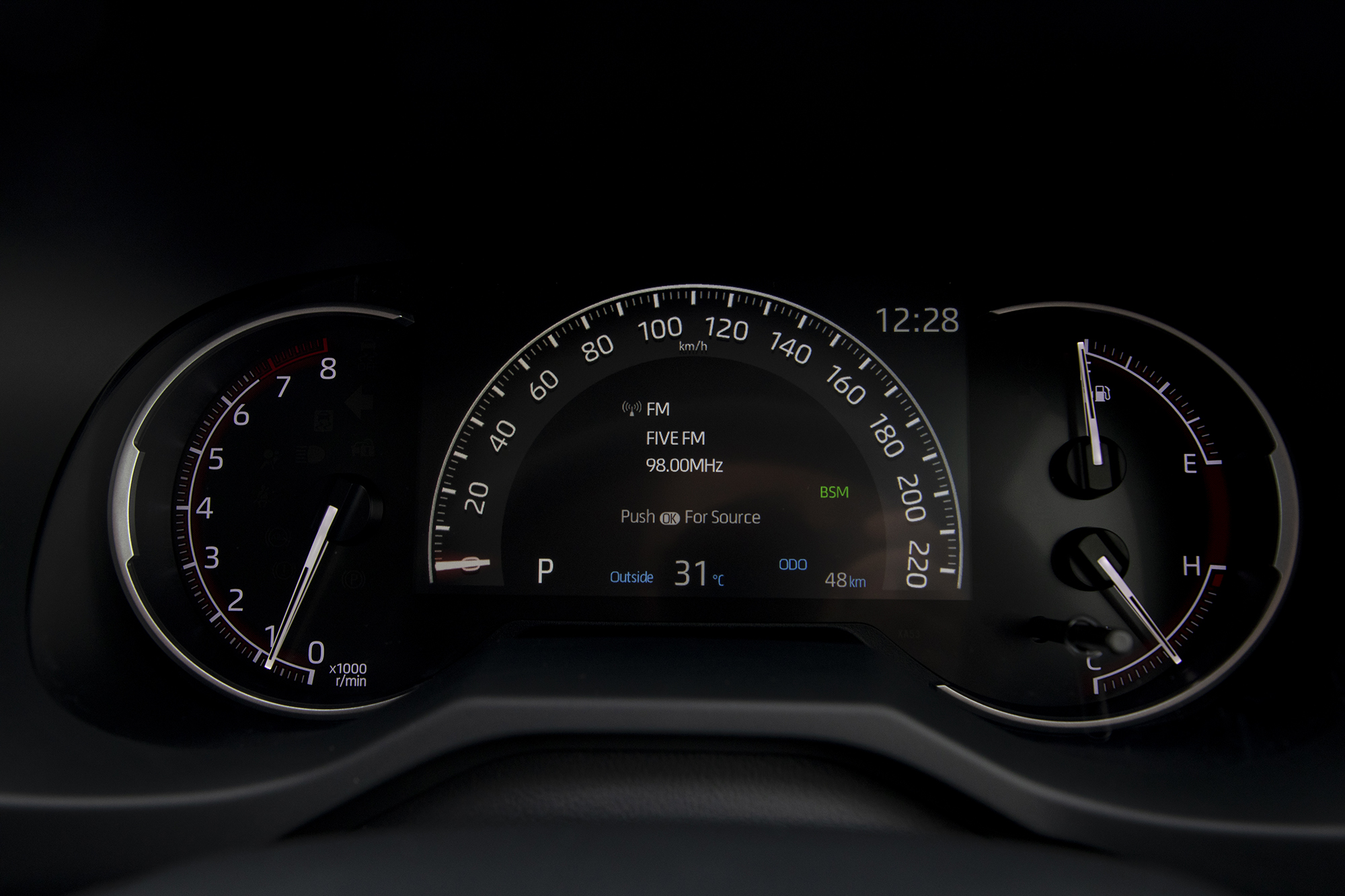 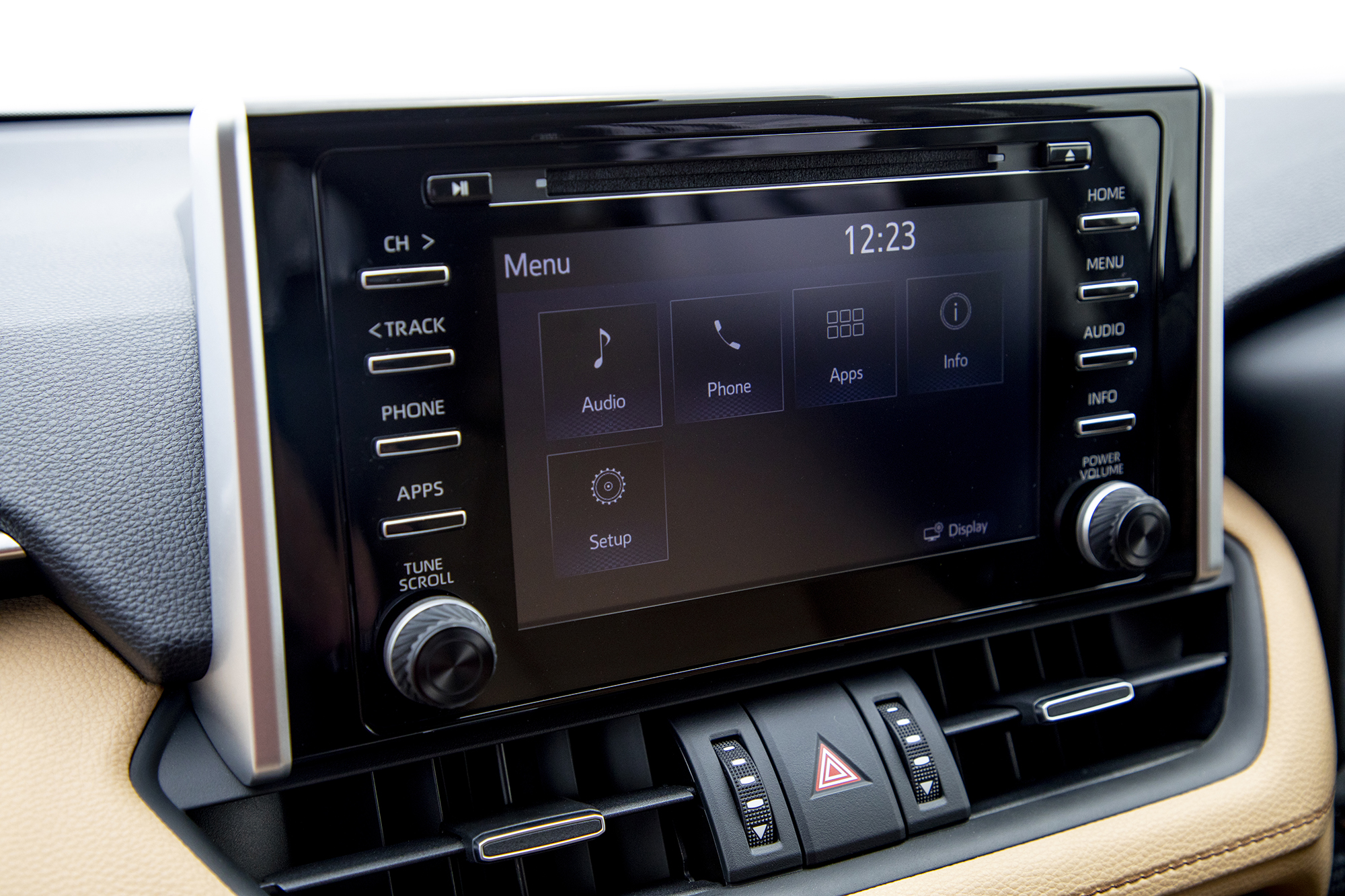 The interior looks and feels as spacious as the RAV4’s substantial outside dimensions promise. Rear legroom and headroom are generous, but not at the expense of boot space, which will swallow up to 580 litres of cargo. 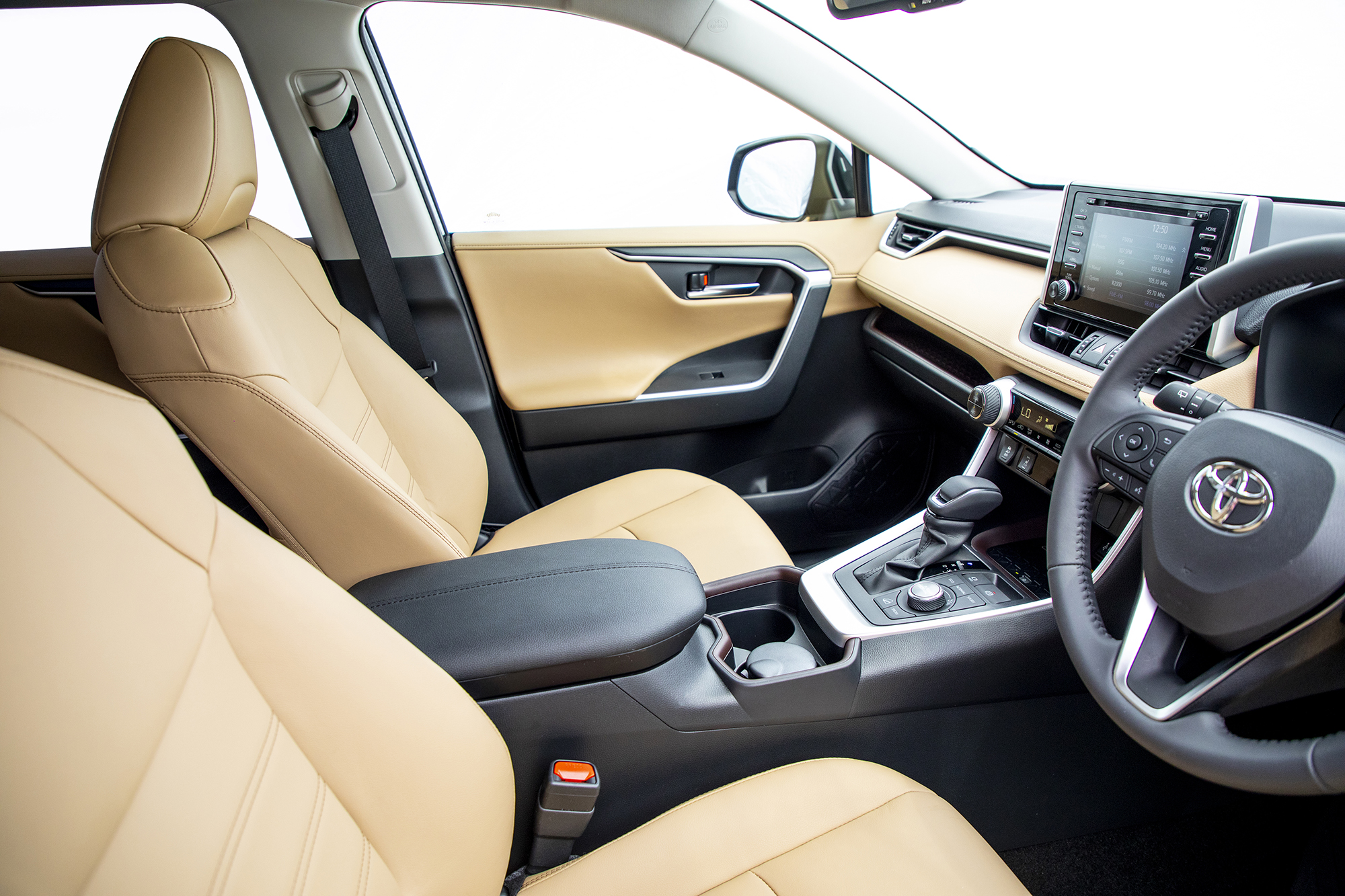 The standard equipment list is extensive in both comfort and safety terms. Electric everything, heated front seats, keyless operation, multispeaker audio with Bluetooth, a powered tailgate and adaptive auto high beam headlights are among the stand-outs.

Under the edgy sheet metal, you’ll find an all-new platform with enhanced rigidity and a lower centre of gravity, promising gains in handling and refinement, while also allowing more efficient packaging. 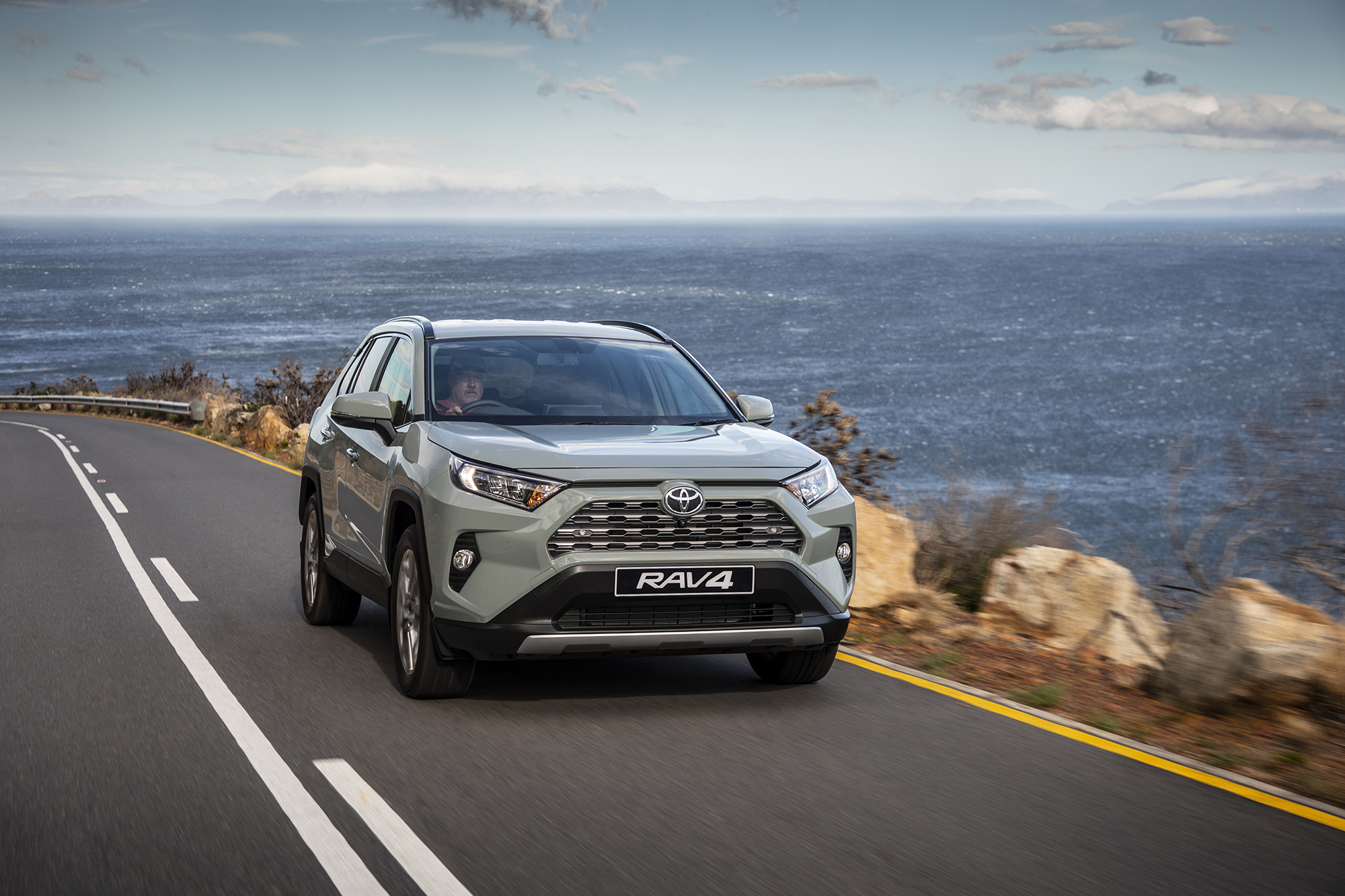 Toyota has opted for a larger-capacity, normally-aspirated engine, rather than the smaller-capacity turbo engines currently in vogue. The 152kW and 243Nm on offer look promising, but those maximums are reached at high engine speeds.

You need to rev the four-potter to 6,600rpm to extract maximum muscle, while the torque peak is sustained in a narrow band between 4,000 and 5,000rpm. There’s an eight-speed auto box to receive that urge, while all-wheel drive promises enhanced grip and composure.

A quick word on the all-wheel-drive system: It can vary power between front and rear axles as conditions demand, while also providing torque vectoring between the left and right rear wheels. 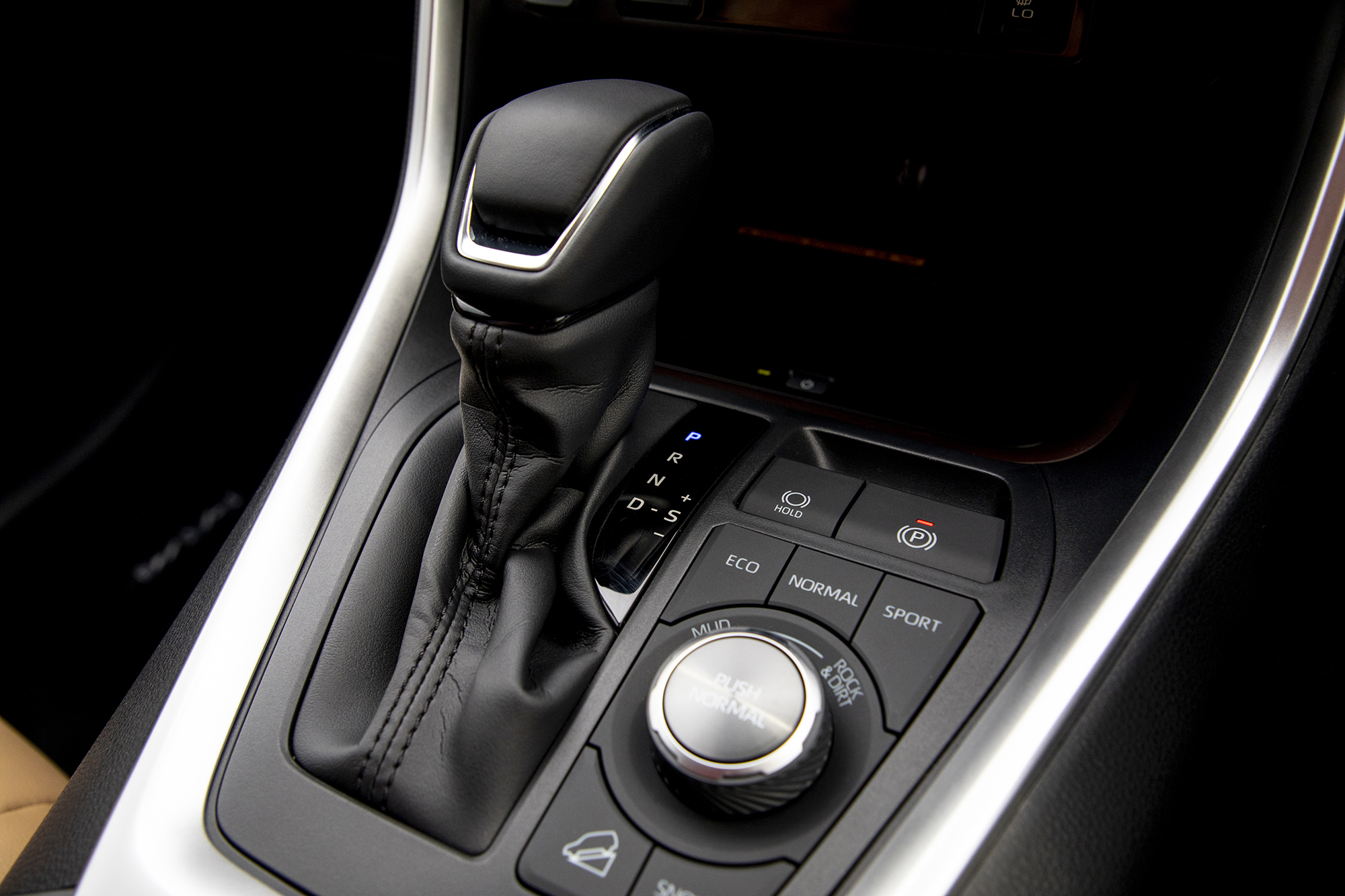 Priced and positioned at the fancier end of the compact SUV segment means the RAV4 VX creates high expectations — but is unable to live up to all of them in practice. Most notably, at altitude, the engine/transmission combination is underwhelming, compared to the on-paper spec.

The power plant needs to be revved and feels weak-kneed below 4,000rpm, especially at the Reef’s power-sapping heights. It’s also somewhat wheezy in the upper rev range and while this is a conventional torque-converter gearbox, the shifts aren’t nearly as incisive as expected.

Straightline performance is swift enough, but you have to work hard for that fleet-footedness and I couldn’t help but think that a turbodiesel, with a more low-down grunt, would be a far better option.

It’s not all bad news, though. The chassis’ stiffness and its lower centre of gravity make for nimble handling and crisp steering. The latter is arguably a little light, but makes up for it in precision and ease of use, a trade-off that should please most RAV4 drivers. 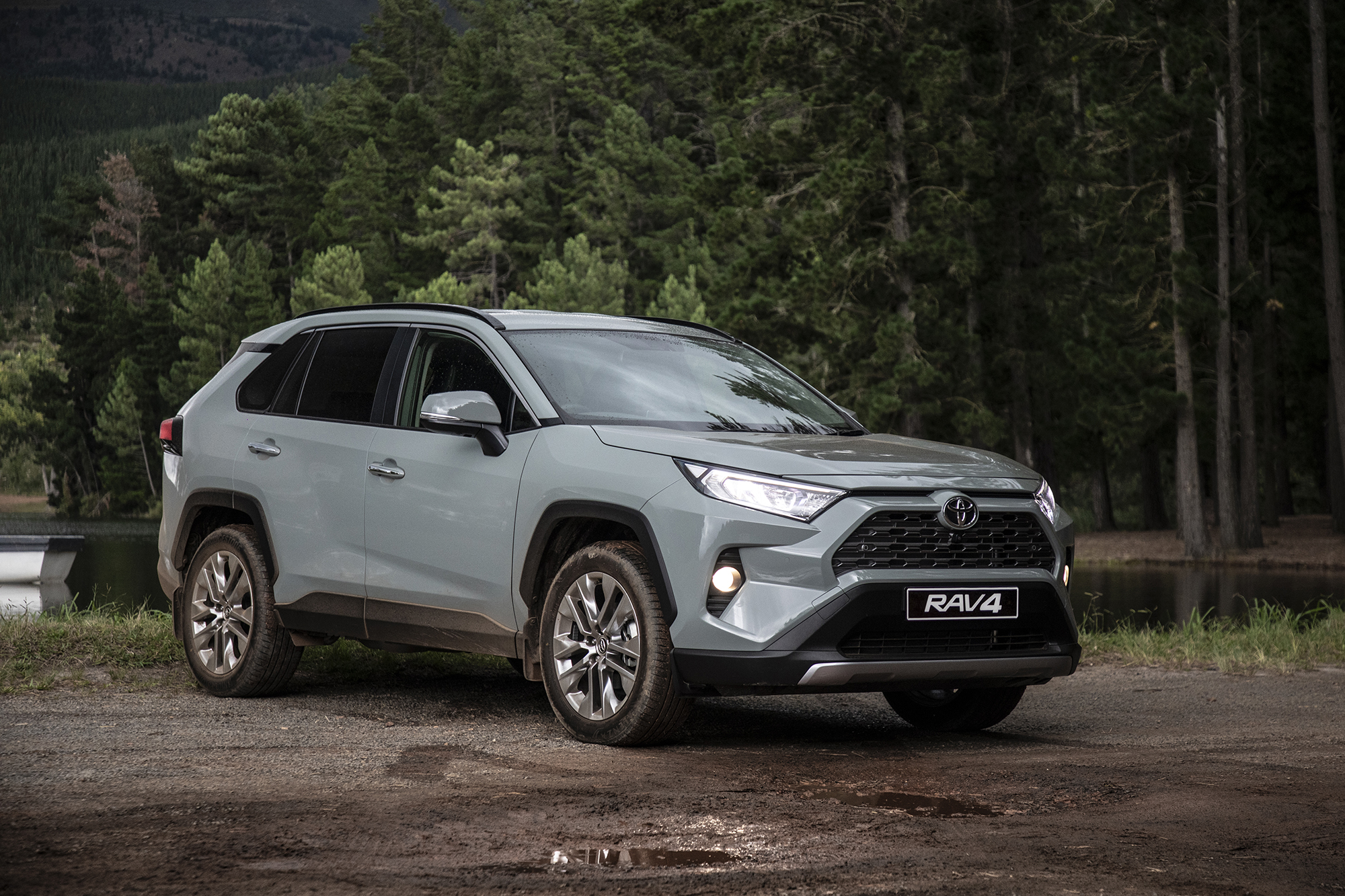 As a result, the Toyota hustles its way through twisty tar sections with confident aplomb, showing off both composure and precision, linked to a generally neutral stance. Those traits are carried over on to gravel surfaces, despite those 19-inch wheels.

Comfort and refinement are also commendable. Some might consider the RAV4’s ride a little firm, especially on less-than-ideal surfaces, but it does benefit the SUV’s overall poise, while also highlighting the Toyota’s solid build quality.

In the softroader context, off-road capability is satisfying, with the all-wheel drive easily managing gravel and sand. I wouldn’t venture into really rough terrain, but weekend warriors will find the Toyota talented enough to tackle mild off-road conditions. 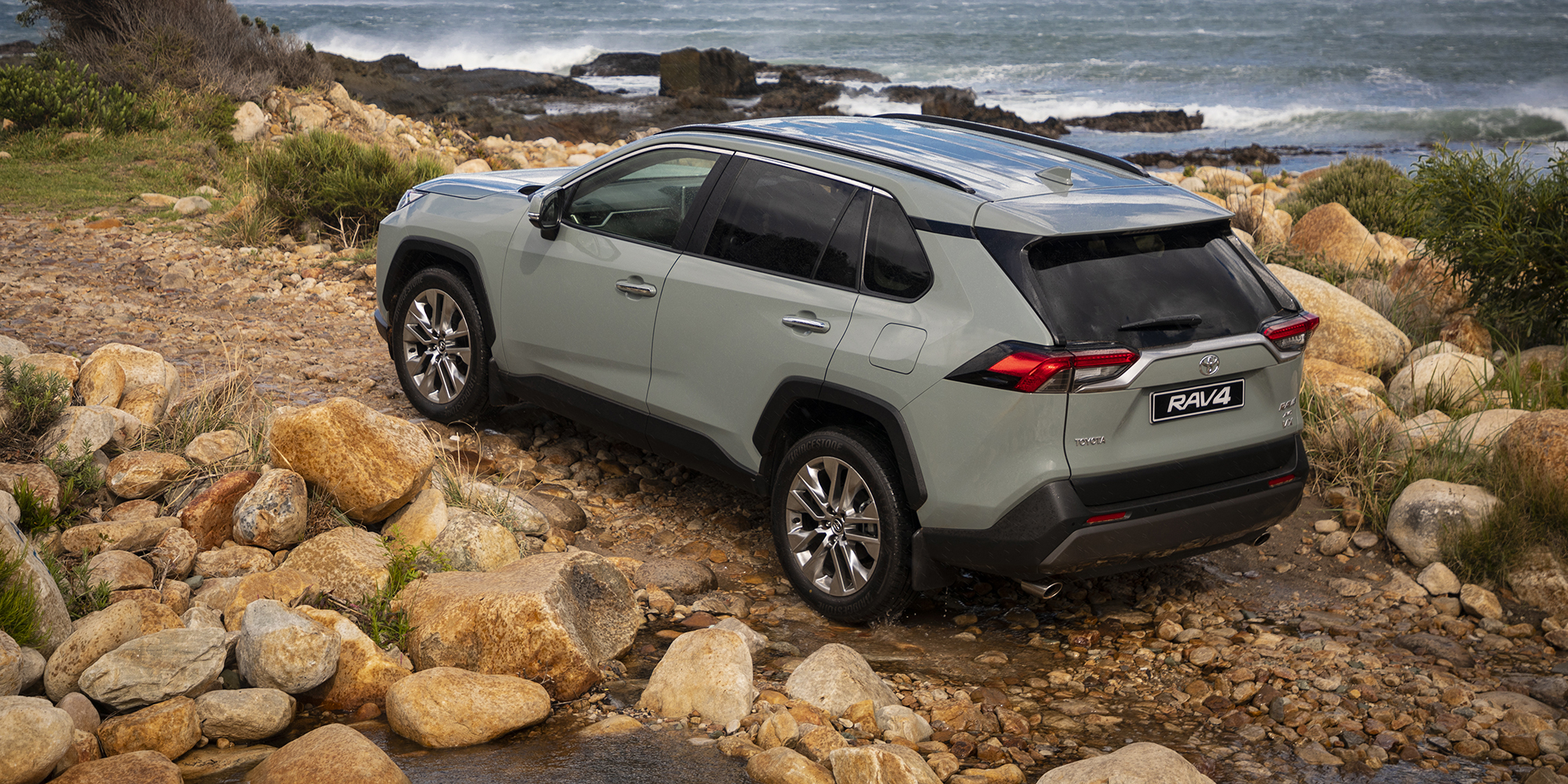 I can’t say the same about the drivetrain, though. The RAV4 VX really cries out for the low-down grunt and more measured delivery of a turbodiesel, and I’d wager that the gearbox would be happier too.

The flagship RAV4 offers a comprehensive package, with all the tech, comfort and safety one could possibly want. However, for around R160,000 less, the manual-transmission, front-wheel drive, entry-level 2.0 GX may well deliver even better value — and a more engaging drive.

Spacious and well-equipped. Feels robust and confident, regardless of terrain.

Peaky petrol engine needs to be worked hard to give its best. No turbodiesel option. DM

Please note you must be a Maverick Insider to comment. Sign up here or if you are already an Insider.