Reggae singer JahDore says cops cut his son’s dreadlocks and when that was not enough they fed them meat.

The Commissioner of Police Major General Antony Anderson has ordered the disciplinary arm of the police force, Inspectorate of the Constabulary (IOC), to conduct an investigation into a complain filed by reggae singer JahDore. The artist, whose real name is Sean McDonald, says police officers took his two sons against their will to get a haircut and fed them meat even though they’re both vegetarians.

JahDore says he also got into an altercation with police officers who hit him in his face and charged him with assaulting a police officer. The singer says the situation stemmed from him homeschooling his children. “Him say him come because him want find out why me have some kids here not going to school,” McDonald said. “So I said to him, ‘If you come to find out something, this is the way you approach it?” 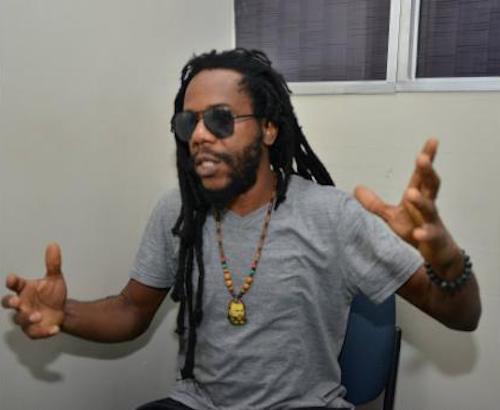 “Dem send the pickney dem gone trim off the pickney dem locks and can’t tell me who or what or how it go! … When mi come back, mi see the two little yute dem head bald, bald,” McDonald added in an interview with the Gleaner.

The reggae star also revealed that cops bought food for his two sons which contained meat, which he doesn’t give to his children.

JahDore denies the police allegation saying that his sister had nothing to do with his sons getting a haircut.