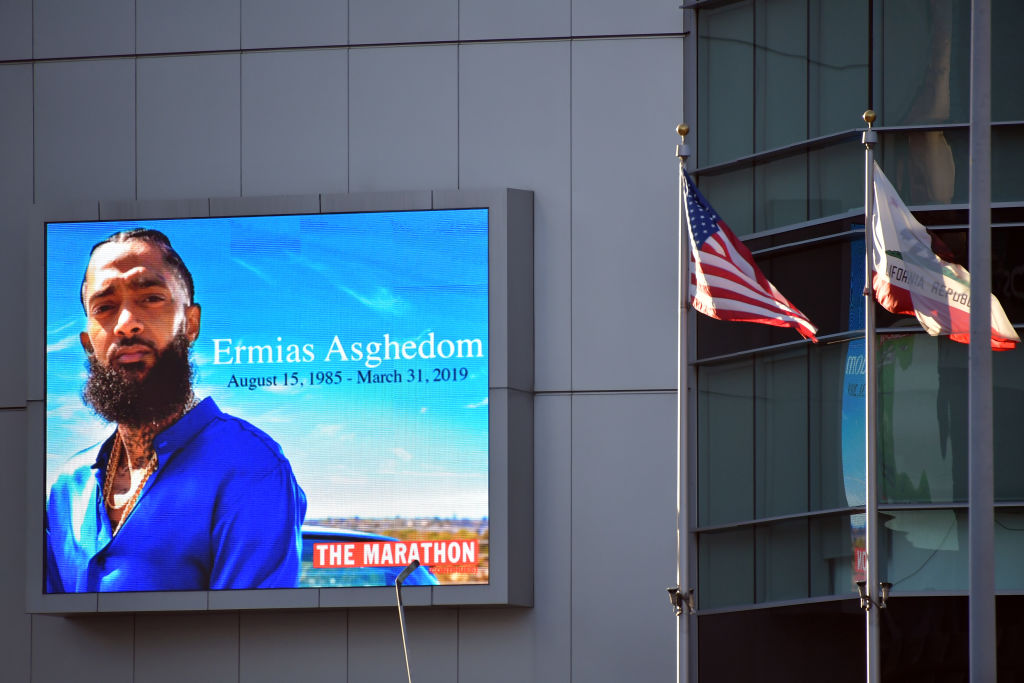 The 33-year-old was fatally shot outside the clothing store he owned in South Los Angeles on March 31.

Nipsey, whose real name was Ermias Asghedom, used the store to empower his South Central neighborhood. He was slated to speak with the Los Angeles Police Department the day after he was killed about ways he could help stop gun violence.

On Thursday, fans flocked to Staples Center for a “Celebration of Life.”

Watch Live: Nipsey Hussle’s Celebration of Life
Tickets for the memorial were distributed online ahead of time and were gone within minutes.

Lauren London, an actress and Nipsey’s longtime girlfriend, and rapper Snoop Dogg were among those scheduled to speak at the service.


Take a look below at the memorial in photos.