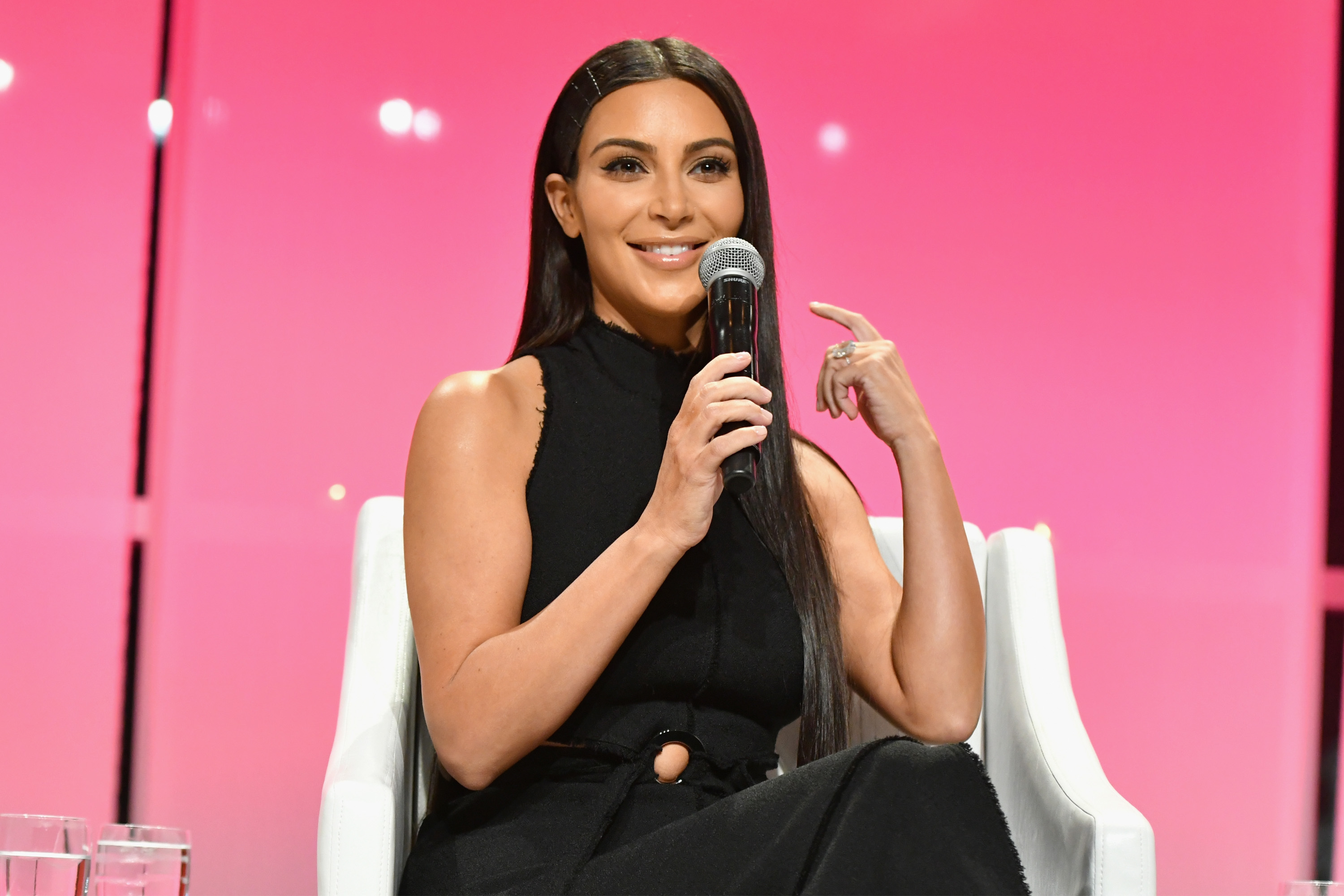 Looks like Kim Kardashian may be following in her father’s footsteps.

According to a profile in Vogue, the “Keeping Up with the Kardashians” star is studying to become a lawyer. And she started a four-year apprenticeship at a San Francisco-based law firm last summer. The name of the firm was not divulged in the article.

Kardashian West played a role in the release of 63-year-old Alice Marie Johnson, who had been jailed in an Alabama prison on non-violent drug charges, even meeting with President Donald Trump, who eventually granted Johnson clemency. Trump even invited Kardashian West to the State of the Union address.

“The White House called me to advise to help change the system of clemency,” she told Vogue, “and I’m sitting in the Roosevelt Room with, like, a judge who had sentenced criminals and a lot of really powerful people and I just sat there, like, Oh, s__. I need to know more.”

Kardashian West spoke to Vogue about the impact Alice Marie Johnson had on her life.

“Here’s a grandmother who took part in her first-time nonviolent offense and received the same sentence as Charles Manson. I just thought, This is so wrong and so bizarre, and how could that be? I sent it to my attorney and said, ‘What can we do? Does she need better lawyers?’”

Johnson’s release and the passage of a bipartisan criminal justice-reform legislation was a turning point for Kardashian West: “I never in a million years thought we would get to the point of getting laws passed. That was really a turning point for me.”

She added: “I would say what I had to say, about the human side and why this is so unfair. But I had attorneys with me who could back that up with all the facts of the case. It’s never one person who gets things done; it’s always a collective of people, and I’ve always known my role, but I just felt like I wanted to be able to fight for people who have paid their dues to society.”

The Vogue article also talks about how Kardashian West was close to her father, the late Robert Kardashian, who was a member of O.J. Simpson’s legal defense team.

Kardashian West plans to take the bar in 2022.

Turns out that in four U.S. states, California included, one doesn’t need to attend law school to take the bar exam.

She’s working with CNN commentator, activist and attorney Van Jones and attorney Jessica Jackson, co-founders of a criminal justice reform group called #cut50, to complete her studies, with the goal of taking the bar in 2022.

What’s the hardest part? Torts. Kardashian West said torts is the most confusing, contract law the most boring and criminal law, “I can do in my sleep.”

Information from the Associated Press was included in this report.