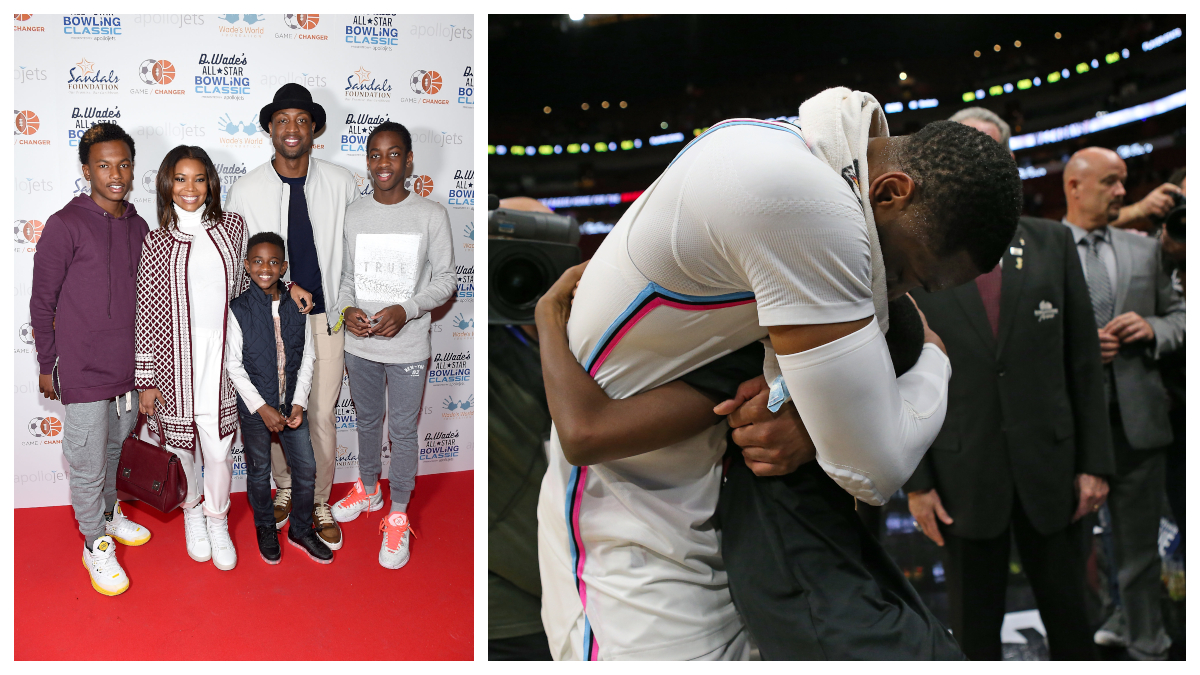 “We support each other with Pride,” Wade wrote on Instagram over a photo of his son, Zion, who appeared with his stepmom, actress Gabrielle Union.

Over another image, Wade, who was in Toronto for an NBA game Sunday, wrote, “Zion had his on [sic] cheering section today. Wish i was there to see you smile kid!” He included a rainbow pride flag emoji on the post.

Dwayne Wade and Gabby Union supporting young Zion at Miami Pride is so beautiful, I could cry. I can’t imagine having had this type of support as a kid (or even young adult). Amazing example of living in and showing unconditional love �� pic.twitter.com/2cT8Ow6kik

Zion and his stepmom were on a float during Sunday’s LGBTQ pride festival. Other family members, including his big brother, Zaire, 17, and baby sister, Kaavia, were also at the event.

Zaire Wade shared his public support on Instagram for his younger brother, writing: “Love you lil bro no matter what.”

There was an outpouring of support on social media after the NBA star’s posts Sunday.