Perhaps it’s coincidence, perhaps the magical occurrence of entertainment mirroring society at the right moment, but it’s not difficult to see the parallels between Glenda Jackson opening on Broadway in the titular role of “King Lear” in the same week we recognized Equal Pay Day (Apr. 2) and celebrate Lori Lightfoot, the first African-American woman and openly gay person to be elected Mayor of Chicago.

That these signify a major shift in a society still grappling with the Time’s Up and MeToo would be presumptuous, and wrong. Especially in regards to the entertainment industry. As recently as 2017, a USC Annenberg Inclusion Initiative study of 1,100 films and 48,757 characters in that year found that female speaking roles amounted to only 31.8 percent, a number that has remained relatively consistent over the past decade. Of the top films in 2017, only 33 percent featured a female lead or co-lead.

So, while sisters may be doing it for themselves, as Aretha Franklin and the Eurythmics sang way back in 1985, there’s still a long, long way to go when it comes to representation on stages and screens, according to Jackson. “I just don’t understand this. Despite all the movements, and despite everything we read now, why don’t creative writers find women interesting?” Jackson, in conversation with Meryl Streep, said to Interview. “It hasn’t changed at all in my direct experience. Women have made huge strides, and yet we’re still seen as being a mere adjunct to whoever is the great dramatic engine of the play.”

Jackson was discussing gender roles in the entertainment industry as well as societal views in general in the lead up to opening night of “King Lear” on Broadway (Apr. 4 through Jul. 7), in which she tackles Shakespeare’s mad king, a role associated with great male actors such as John Gielgud, Laurence Olivier and Ian McKellen. Played as a male, it’s the role that heralded Jackson’s return to acting following a 23-year absence in which she embraced the world of politics as a Member of Parliament in her native Britain.

The two-time Academy Award- and two-time Emmy-winning actress followed her London triumph with last year’s Tony-winning stint on Broadway in “Three Tall Women,” and now reprises her Lear under the direction of Sam Gold (“Fun Home”). The 82-year-old Jackson will perform the three-hours-plus play eight times a week during its run.

When Shakespeare wrote his plays, male actors played the female roles as women were not permitted on stage. Four hundred years on, that fact makes Jackson’s character-driven, gender-defying portrayal all the more relevant to our times, but not nearly as shocking. Age, Jackson says, helps blur the gender parameters. “As we age, absolute gender boundaries go,” she told Newsweek. “I noticed that when I would visit old people’s homes when I was in Parliament. The tension between men and women isn’t necessarily different, but the boundaries fray.”

Such gender fluidity when it comes to acting roles is nothing new. PBS’s “Great Performances” recently showcased a staging of “Julius Caesar” set in a women’s prison and performed by an all-female cast. Sarah Bernhardt scandalized society as far back as 1899 with her portrayal of Hamlet, another Shakespearian touchstone solely associated with a male actor. Ripley (Sigourney Weaver) in the “Alien” franchise was originally written as a man. Streep played a male Rabbi in “Angels in America,” Tilda Swinton switched from male to female in the same role in “Orlando,” while Judi Dench had fans forgetting that M in the James Bond canon was written, and formerly played, as a man.

More recently, Academy Award-winner Olivia Colman portrayed the ruthless intelligence operative Burr in “The Night Manager.” Based on the novel by John LeCarre, Burr was originally written as a man. The role was switched for Colman, who received an Emmy nomination for her performance, and was rewritten to accommodate her real pregnancy at the time of shooting. “In 2016, all the decision-making characters should bloody well be women!” she told IndieWire of the decision at the time.

Sadly, for Colman and Jackson and global audiences, such changes are slow to pass. But as history often shows, looking back helps us to look ahead and enact positive change. It’s what makes Shakespeare as compelling a playwright now as it did at the turn of the 17th century.

“He is the most contemporary dramatist in the world today, because he really only ever asks three questions: Who are we? What are we? Why are we?” Jackson said to The New York Times about her current production. “No one’s come up with really sufficiently satisfying answers and it’s digging that out, it’s making it immediate and alive now that’s just so thrilling about doing one of his plays.”

‘Game of Thrones’ Stars Share Thoughts on the Final Season 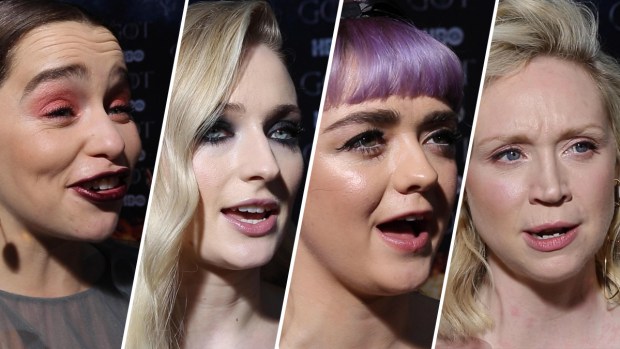