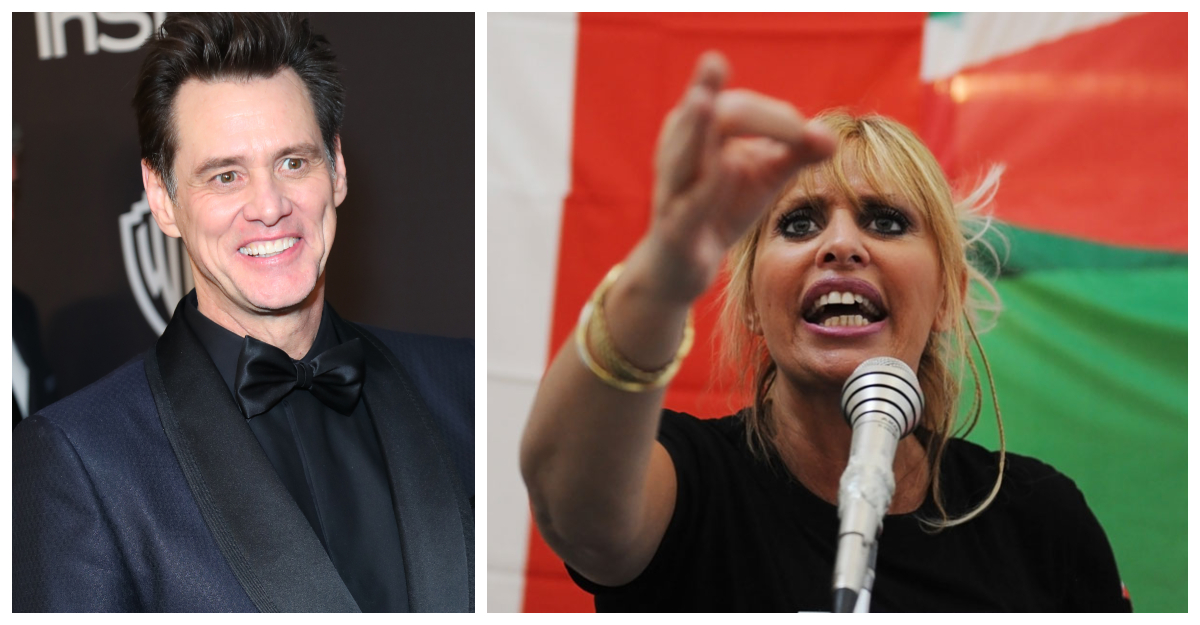 The rubber-faced comic famous for low-brow fare like “Dumb and Dumber” and “Ace Ventura: Pet Detective,” as well as critically-acclaimed movies like “Man on the Moon,” found himself on the receiving end of a Twitter tirade from Alessandra Mussolini.

Carrey posted his drawing of the Italian dictator and his mistress Clara Petacci being hanged upside down in a Milanese square after they were executed in 1945.

If you’re wondering what fascism leads to, just ask Benito Mussolini and his mistress Claretta. pic.twitter.com/uc2wZl0YBu

“If you’re wondering what fascism leads to, just ask Benito Mussolini and his mistress Claretta,” Carrey wrote in a tweet posted Saturday.

Mussolini, a member of the European parliament and former Playboy cover model, fired back on Sunday.

“You are a bastard,” she tweeted.

Mussolini, 56, is a far right politician who has long defended her grandfather, a brutal dictator known as “Il Duce” (the leader), who turned Italy into a police state and disastrously allied his country with Nazi Germany during World War II.