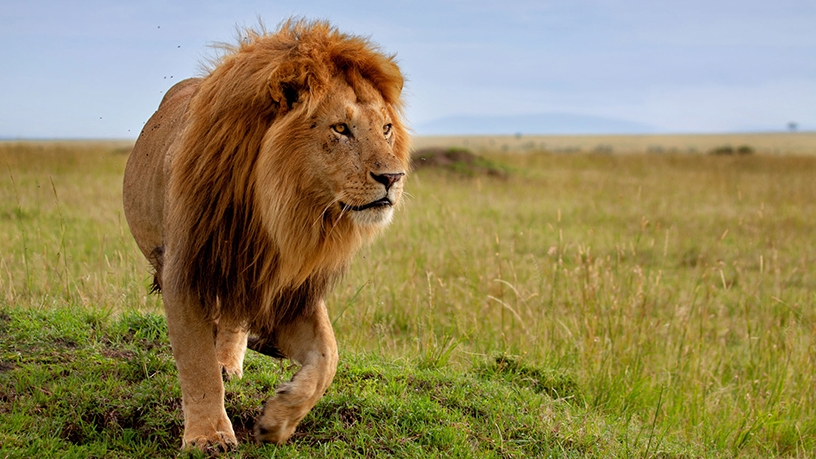 New study by the University of Pretoria may offer a way to improve lion-human co-existence, with the help of cellphones.

Michael Somers, director of the Eugene Marais Chair of Wildlife Management, part of UP’s Mammal Research Institute, collaborated with UK-based post-doctoral researcher Dr Florian Weise and German researchers on an Internet of things-based pilot study that seeks to provide information about lions’ location to the people who live among them.

Lion numbers and their distribution have significantly declined over the past century, with many regional populations having already gone extinct. While conservationists work to protect the last living African lions, humans continue to fear for their lives and that of their livestock when these big cats escape into unfenced protected human settlements.

The collar emits a pulsed radio signal, allowing a person to locate the animal by homing into the signal, using a directional antenna. The geo-fencing tech sends an SMS to a mobile phone, alerting residents of the lion’s exact location.

The research comes just as a month-long search for a male lion that escaped from the Karoo National Park in Beaufort West ended this week. The lion was tracked down after the search team deployed high-tech tracking thermal imaging infrared cameras which identify images over a radius of 10km at night.

“African rural communities bear the risks and costs of co-existence, which is why they should be the key stakeholders of lion conservation outside of protected areas. Human-lion conflict typically occurs along unfenced protected area boundaries where there is human settlement.

“The killing of livestock places a huge burden on the livelihood of communities, and human retaliation is often lethal, frequently in the form of poison, which also kills other wildlife that comes into contact with it.”

The technology allows for community participation through interactive interfaces on various phone devices and a community portal.

Once the study is completed, the technology will be made commercially available and implemented on various parts of the continent, including SA.

According to the US Fish and Wildlife Service, the African lion faces the threat of extinction by 2050. The wildlife agency has officially proposed that African lions receive much-needed protection under the Endangered Species Act.

Several lions have been on the loose in SA in recent months, posing a threat to the lion, humans and livestock.

In December, community members in Vryheid in northern KwaZulu-Natal were reportedly living in fear after a lion mauled a 27-year-old man after being on the loose for over six months.

In April, a Free State farmer reported six of his lions missing and later discovered three had been killed and mutilated, seemingly for certain body parts used for muthi (witchcraft) purposes.

Rhinoceros are among the critically endangered animals in Africa. In 2016, the Integrated Strategic Management of Rhinoceros, the government’s multi-sectoral approach to fighting rhino poaching, introduced the Postcode Meerkat radar system.

The system comprises radar, cameras and information analysis software able to detect, track and classify people entering protected areas within a game park, in support of rhino anti-poaching operations in the park.

The living with lions pilot study took place over two years (May 2016 to May 2018) in the Okavango Delta of northern Botswana, an area increasingly known for its ongoing conflict and widespread persecution of lions.

“This area’s lion population represents one of the last strongholds for the long-term survival of the species,” notes Weise.

“Extreme seasonal changes in the delta forces both lions and livestock to move around in search of food and water in the late dry season, contributing to the conflict. These unrestricted movements increase the depredation of livestock significantly, which is why this area was a prime location to conduct the study.”

Nine adult lions from different prides were tracked with collars. Researchers received geofence breach alerts from these GPS units via SMS notifications as soon as the lions entered specific areas, such as villages, livestock grazing areas and subsistence activity locales.

The alerts were then passed on to village and cattle headmen, and other members of the community, who distributed the message.

People were told which lions were approaching, when and approximately where.

“Early warning proved to significantly improve livestock protection because it facilitates informed risk management, which sustainable co-existence requires, such as active herding and kraaling at night rather than leaving livestock free to roam,” explains Weise. Communities felt safer as a result.