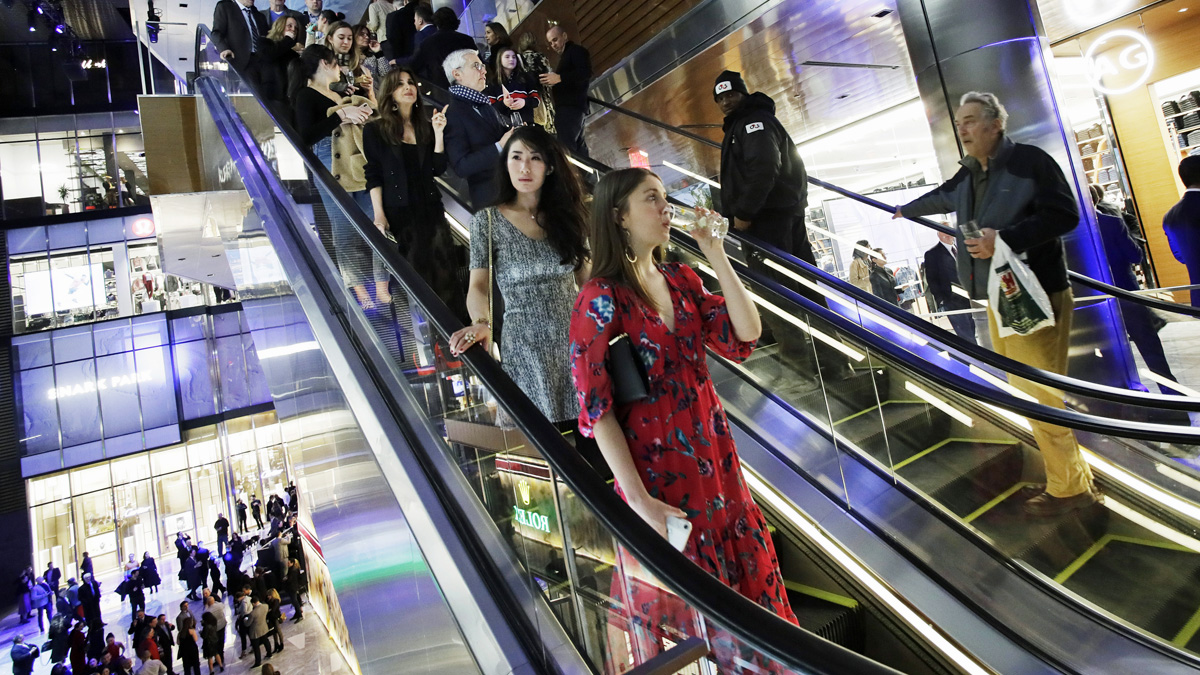 This is just Phase 1 of the project — the full 28-acre development, which will include an additional $9 billion investment, more towers and a school, will be completed by 2025. In the meantime, there will be a number of grand opening activities over the course of the weekend to celebrate Part I, with fun performances from a number of artists. Also check out:

The development of Hudson Yards also provides for more than 1,300 new or permanently preserved affordable units onsite and in the neighborhood, 14 acres of public space and a new K-8 public school.

Former Mayor Mike Bloomberg launched the project about six years ago after his bid for a West Side stadium failed. Bloomberg committed billions of taxpayer dollars to extend the 7 train to the location first, and now, the city’s new skyline sits atop the LIRR railyard.

While the first phase of the huge real estate project opened Friday, a $9 billion second phase, with several more towers and a school, is planned for the years ahead.