Vybz Kartel was released from the hospital and taken back to prison.

Adidja Palmer, Vybz Kartel‘s government name, gave his fans a scare today when he suddenly fell ill. Sources have now confirmed with Urban Islandz that the dancehall deejay was released from the University Hospital of the West Indies moments ago and whisk away to prison. We’re told that he was taken to the hospital on Sunday and admitted in stable condition for a lingering thyroid issue. 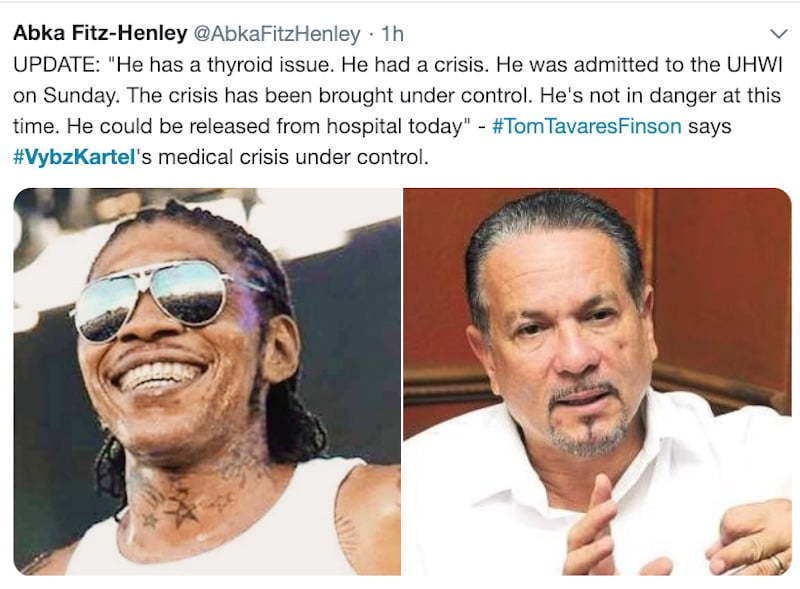 Valerie Neita-Robertson, another veteran attorney who represents Vybz Kartel in his appeal case last year, contradicts previous reports when she said he was not admitted in the hospital and that his condition is not serious.

“He has a condition and he wasn’t feeling well,” Neita-Robertson said. “He was not admitted. It’s not serious.”

We’re told that Vybz Kartel has a thyroid issue that he has been dealing with for quite some time. It appears that doctors were able to stabilize his condition and gave him the green light to leave the hospital.

Vybz Kartel is serving life in prison for murder, but his appeal trial has breathed new life into his quest for freedom. The Appeal Court judges are expected to announce their verdict sometime soon.