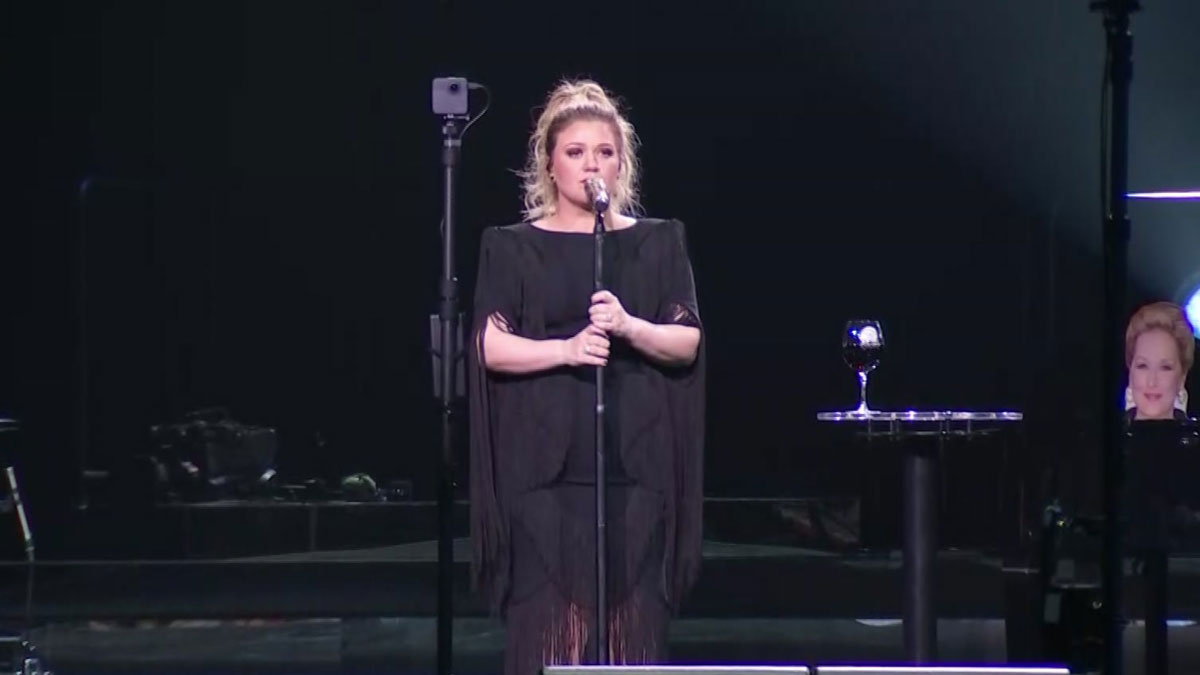 Texas-born singer-songwriter Kelly Clarkson brought her “Meaning of Life” tour to the American Airlines Center in Dallas and used the North Texas stop to announce to a hometown crowd that she’ll be the host of the 2019 Billboard Music Awards.

“So they’ve asked me to host the Billboard Music Awards again. They like Texas y’all, they were into this,” Clarkson said during her signature “A Minute and a Glass of Wine” Facebook Live segment during her concert. “I was terrified to do it last year, and then we made it musical, so it made me more comfortable, and they they asked me to do it again — so I didn’t suck!”

.@kelly_clarkson is back for round two hosting the 2019 #BBMAs! That’s what I’m talking about. LIVE Wednesday, May 1st on NBC! pic.twitter.com/BacL71SJik

Clarkson has been busy lately. Not only is she on tour promoting her eighth album “Meaning of Life,” she’s also returning as a coach for Season 16 of “The Voice.” Clarkson hopes to three-peat after winning the 14th and 15th seasons as a coach.

She’s also the voice of Moxy and sang an original song for the upcoming animated film “Uglydolls,” which will be released in May.

Clarkson is also slated to make her daytime television debut with her talk show, “The Kelly Clarkson Show” launches this fall on NBC.

You can catch Clarkson as host of the 2019 Billboard Music Awards live on Wednesday, May 1 on NBC.