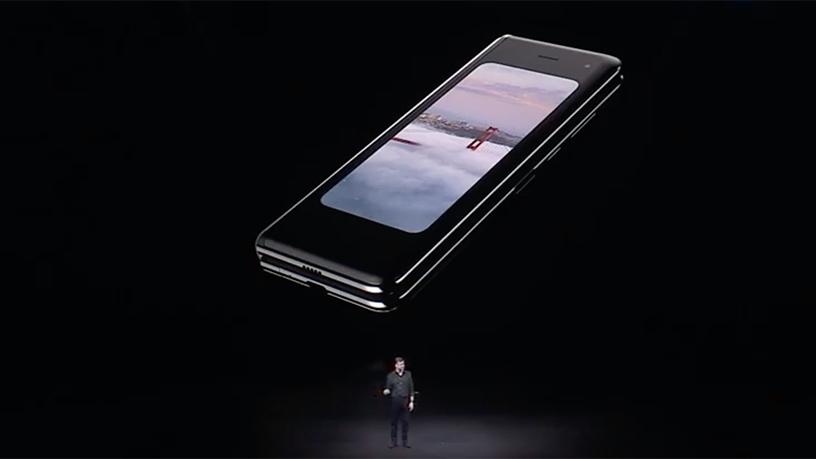 When closed, the Samsung Galaxy Fold has a 4.3-inch screen.

Samsung Electronics yesterday gave audiences across the world a glimpse via live-streaming of what the future of smartphone technology may look like, when it unveiled its Galaxy Fold device at its Unpacked event.

The Galaxy Fold is a smartphone with a flexible display that folds onto itself from 0- to 180-degrees and can be used folded or unfolded.

Samsung global CEO DJ Koh said during the announcement: “For those who think they have seen it all, get ready for the dawn of a new mobile era.”

The South Korean electronics manufacturer announced its Galaxy Fold will be available in SA when it is released globally in April or May. The company says it will be a luxury device, and it certainly comes with a luxury price tag of $1 980, which converts to about R28 000, but would be priced much higher locally as import duties and mark-up will have to be incorporated.

When folded, the device has a slim 4.6-inch display and opens to become a 7.3-inch display tablet. The hinges are hidden within the screen to make the folding appear seamless.

Samsung patented foldable screen technology in 2015 that would allow for a flexible OLED display with a folding mechanism under the display, so the company has been working on the technology for a while.

There are two batteries in the device, one on each side, and both are used in tandem to power the smartphone/tablet. The Galaxy Fold has a total of six cameras, one on the front, three on the back, and two on the inside.

However, Arthur Goldstuck, World Wide Worx MD, says a player like Samsung was needed to enter the game before consumers would take the notion seriously.

“There is no question that it is the standout announcement of this event [where the Samsung S10 range was also unveiled].

“Royole was a niche brand trying to win technology leadership versus the giants, but it simply cannot compete. Foldable phones would remain obscure until one of the big brands came out with a production device and the Galaxy Fold is that device.”

He warns, however, that the Galaxy Fold must be seen in the same light as the cutting-edge television technology that is launched at CES each year; for example, the rollable LG TV and modular Samsung TV.

“These are always devices that signify efforts at technology thought leadership rather than market share. Samsung is positioning itself as a technology leader in foldable handsets.”

He says foldable phones will most likely be a common theme at Mobile World Congress in Barcelona next week, “but now everyone will be seen as following in Samsung’s footsteps”.

“In the same way Samsung led the way to large screen phones with the Note range, they will also be able to claim this leadership in foldable phones. The difference is that large screen phones required a courageous leap into a new format. Foldable phones, on the other hand, represent the R&D capacity to be the first to market with a new technology that may be expected from every manufacturer.”

Goldstuck believes this technology will be mainstream within the next three to five years, but only people with cash to burn will buy the first generation of the device this year. 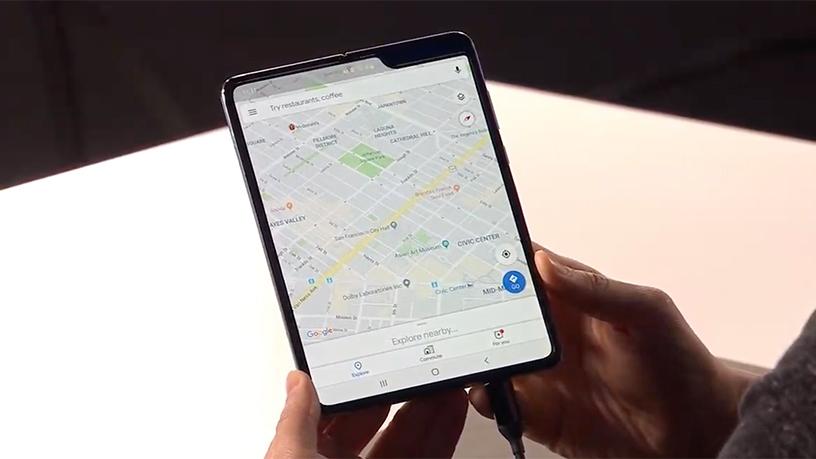 The Samsung Fold opens to reveal a 7.3-inch tablet.