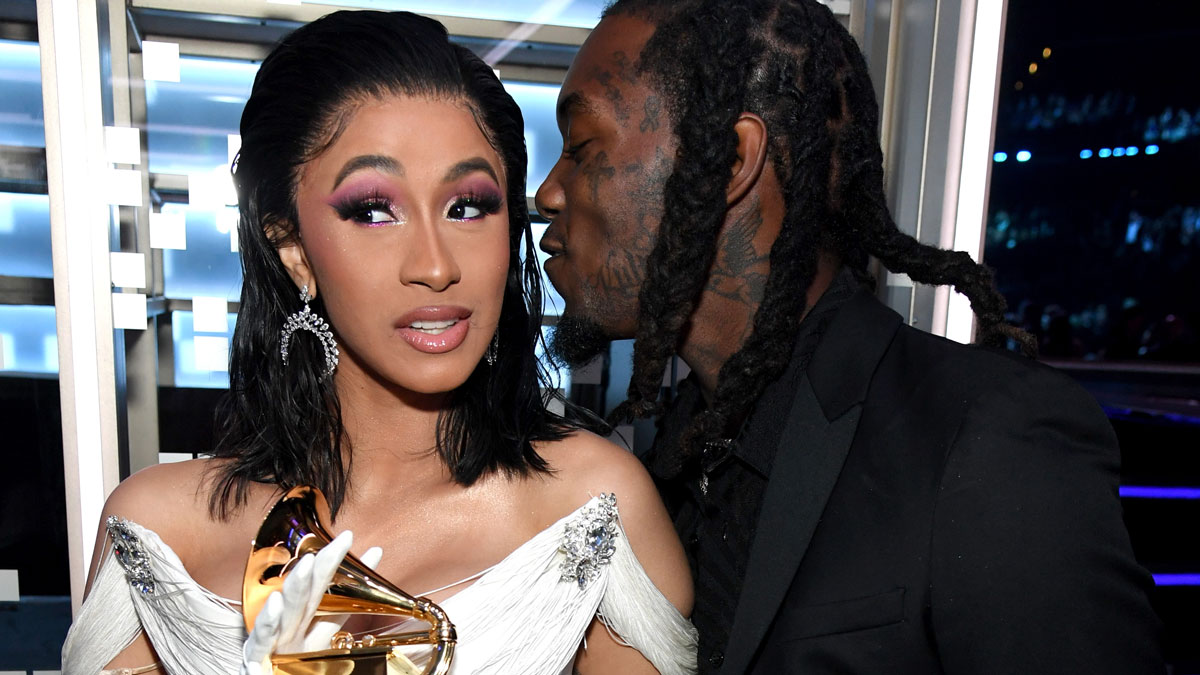 Offset, the third member of rap group Migos, showed respect where respect was due in an Instagram clip teasing the release of his upcoming debut solo album and documentary on Feb. 22.

Behind-the-scene moments between Offset and his family or recording team flash across the scene. But a barefaced Cardi B’s sudden labor screams interrupt the video’s calm background music.

The timestamp on the labor pain moment reveals it’s a recording from the day Cardi B gave birth to Kulture Kiari Cephus, her first child with husband Offset, in July.

The celebrity couple made headlines in December when the “Bodak Yellow” rapper announced on Instagram that she and Offset were breaking up after almost a year of marriage. The couple said “I do” in a secret wedding in September 2017.

Offset made the split even more public when he interrupted Cardi B’s performance at the Rolling Loud Festival in Los Angeles to beg her to get back together with him.

At Sunday night’s Grammys, all tension between the two seemed to have cooled off as Offset joined Cardi on stage when she accepted an award for Best Rap Album.

She even thanked him for still supporting her career when she discovered she was pregnant.

“Seriously, he was like, ‘You want to do this album, girl. You’re going to have this baby and we’re going to make this album,” Cardi shared on the Grammys stage.

Mixed in with the excitement and anticipation for Offset’s new album were comments calling Cardi B for the“beautiful,” “strong” and “a warrior mama” during the labor scene.