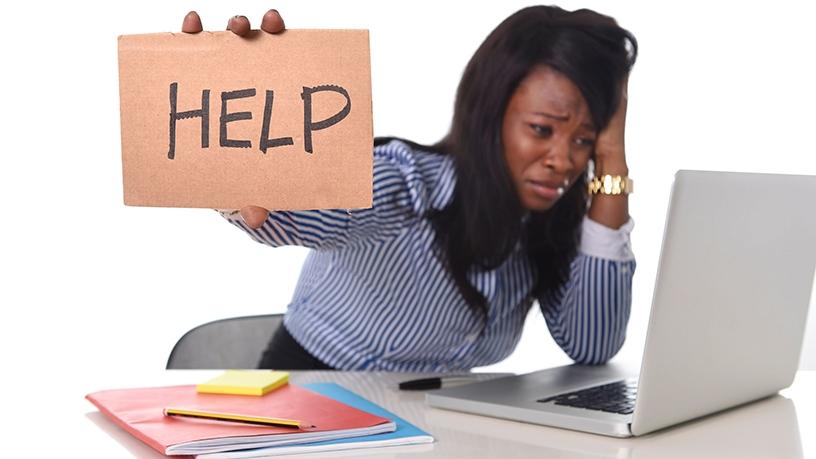 The Gauteng transport department has made online bookings for vehicle driving licences compulsory.

The Department of Transport’s (DOT’s) online licence booking system is turning out to be headache for some, especially those looking to renew their driver’s licences.

The objectives of the new system, according RTMC, is not only to modernise services offered at the driving licence testing centres but also to remove barriers to access and reduce opportunities for corrupt practices.

Furthermore, the roads safety agency said it hoped the online system will help reduce queues at the centres once it is fully implemented nationwide.

Although it initially received positive feedback from the public, with RTMC announcing in October that close to 50% of motorists used the online booking system, some have taken to social media to vent their frustrations.

The main issue at hand is that there are no available slots at a number of driving licence testing centres (DLTC). Out of the 43 DLTCs listed on the booking site, only nine have slots available.

For example, if a motorist is based in Randburg, Johannesburg and wants to go to the DLTC in that area, they are met with a message that reads: “0 slots available” and the same can be said about neighbouring areas. Slots to renew a learner’s licence, however, are available.

The site does point out that booking availability information is updated in real-time by the DLTC, noting that if there are no available booking slots at a selected DLTC, users must select a different DLTC or try again later.

Freelance technology journalist Nafisa Akabor says her licence expires on 13 February. However, when she attempted to get a booking yesterday, there were absolutely none available in Sandton or Randburg.

“I tried to get one in Roodepoort, but the earliest date was 12 April, two months after my licence expires,” notes Akabor. “It’s frustrating that you cannot go into the Sandton option to choose a later date. It just displays ‘0 bookings’. There were slots in Centurion for end February but I am not prepared to drive that far, on the odds that the system will be offline.”

Akabor goes on to say given that driver’s licences are renewed every five years, she was unaware about the online bookings system until she tweeted about it.

“It was very inefficient, the whole process. Why can’t it be capped by up to four weeks, for example, and then I could choose the branch closest to me to still get a date in a month’s time? How can all Johannesburg’s main centres display 0 bookings available? I am not willing to drive 50km out.”

Malinga’s driver’s licence expired in November, but she only became aware of that fact in December.

After completing the online booking on 2 January, Malinga was only able to get an appointment for 6 February at the Randburg licensing centre.

I only chose the nearest date, it didn’t matter where, she says. “I would have loved to get a closer date and closer station, for example, in Bedfordview, but there were no available dates. I’ve been worried about traffic cops questioning me as I am technically breaking the law by driving with an expired licence.”

As drivers struggle to find available dates online, the option to walk into a licensing department to renew a driving licence has become a thing of the past.

As of 1 November, the Gauteng transport department decided that all booking applications should be done exclusively online.

The City of Tshwane took a similar decision earlier and moved the services to the online platform with effect from October. In Tshwane, walk-in services are offered between 8am and 10am daily. Thereafter, an appointment must be strictly made online.

Akabor says after being unsuccessful with an online booking, she opted to drive to Randburg, where she was greeted with signs in red that said no walk-ins were allowed anymore and an online booking has to be made.

“I queried the fact that I couldn’t get a booking, and I was told to go to Centurion because they had slots. I said it was too far, and the lady from the department just shrugged.”

Akabor believes the system can achieve its objectives if it offers a specific amount of bookings per day, and up to a certain amount of weeks in advance. “When anyone does go into the system, they will know there is a two- or four-week advance booking required, so they can plan ahead. I don’t have time to check the system every day; I have work to do.”

Malinga adds: “I think they should give drivers both options, namely walk-in or online application. The pity is I am still required to join a queue when I go there tomorrow morning, so how does booking online make it any more convenient for me as a driver? I’ve had to take a day off work as I’m not sure how long I’ll be there for. I’ve been give an appointment time which I am almost certain will make no difference.”

Meanwhile, the City of Johannesburg (COJ), which has been dealing with a backlog of outstanding licence cards, says it is expediting issuing of these driving licences to motorists.

The COJ’s troubles can be traced back to the December 2018 protracted worker strike, which saw distribution take a back seat. The outstanding driver’s licence cards are for those applications made between July and August 2018 at Johannesburg licensing centres.

The city’s Department of Public Safety and Licensing Directorate says it has been engaging with the Gauteng Department of Transport to resolve the backlog.

Furthermore, the city says there will be no additional costs to be paid by the applicant, and eye test reports done by qualified opticians or professionals will also be accepted. Priority desks will be set up at all licensing centres so the qualifying applicants will not have to wait in the queues.

Michael Sun, MMC of public safety, says: “We apologise for the frustration and inconvenience of having to re-submit for eyesight test and update of details. We want to assure our customers that we will find all possible solutions for speedy delivery of those long outstanding driving licences. This is our commitment to ensure the licensing centre services are stepped up.”