“Empire” star Jussie Smollett thanked fans for their support and addressed “inaccuracies and misrepresentations” about what he called a “cowardly” attack on him in downtown Chicago in a statement to NBC News.

“Let me start by saying that I’m OK,” Smollett wrote in the statement days after he told police that two masked men jumped him on his walk home. “My body is strong but my soul is stronger. More importantly I want to say thank you. The outpouring of love and support from my village has meant more than I will ever be able to truly put into words.”

This is the first time Smollett, who plays the gay character Jamal Lyon on the hit Fox television show, has spoken publicly about the early Tuesday attack.

“I am working with authorities and have been 100% factual and consistent on every level,” Smollett said in the statement. “Despite my frustrations and deep concern with certain inaccuracies and misrepresentations that have been spread, I still believe that justice will be served.

“As my family stated, these types of cowardly attacks are happening to my sisters, brothers and non-gender conforming siblings daily. I am not and should not be looked upon as an isolated incident. We will talk soon and I will address all details of this horrific incident but I need a moment to process. Most importantly, during times of trauma, grief and pain, there is still a responsibility to lead with love. It’s all I know. And that can’t be kicked out of me.”

Smollett told police that two masked men punched him, subjected him to racist and homophobic insults, threw an “unknown chemical substance” on him and put a thin rope around his neck before fleeing.

Smollett’s family issued a statement through a spokesman Thursday saying they believe he was the victim of an unprovoked “racial and homophobic hate crime” and that he has been forthright with the police, who are still searching for surveillance video of the attack.

Smollett’s manager called police about 40 minutes after he got home, police spokesman Anthony Guglielmi said. When officers arrived, the actor had cuts and scrapes on his face and the rope around his neck. Smollett later went to a hospital for treatment.

Smollett’s family thanked the public Thursday “for their prayers” and said they are “so grateful that God saw him through this cowardly attack alive.”

“We want people to understand these targeted hate crimes are happening to our sisters, brothers and our gender non-conforming siblings, many who reside within the intersection of multiple identities, on a monthly, weekly, and sometimes even daily basis all across our country,” the family said. “Oftentimes ending fatally, these are inhumane acts of domestic terrorism and they should be treated as such.” 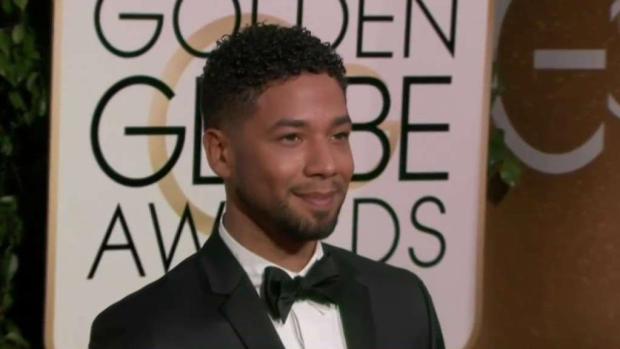 They said such incidents will continue to happen until people are held accountable.

Detectives have recovered more surveillance footage of Smollett walking home from a Subway restaurant that morning, including video of him arriving at his apartment building with a rope around his neck, said police spokesman Anthony Guglielmi.

Detectives, who are investigating the case as a possible hate crime, have watched hundreds of hours of footage from private and public surveillance cameras, but gaps remain and they still haven’t seen video of the attack or men who match Smollett’s description of his assailants, Guglielmi said.

The area is home to many high-end hotels and restaurants and has hundreds of cameras, so there are still many more videos for investigators to collect and go through as they try to get a complete picture of Smollett’s walk home, Guglielmi said. It is tedious work that is made more difficult because the time stamps on various cameras may not be in sync, meaning detectives have to figure out the exact times of events, he said.

Guglielmi said Smollett and his manager told detectives they were talking on the phone at the time of the attack, but that the 36-year-old actor declined to turn over his phone records to the detectives, who routinely ask for such information during criminal investigations.

Super Bowl Ads: The Show Within The Show 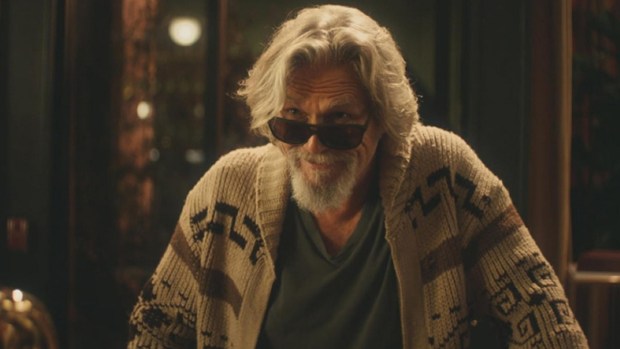 Police are hoping to identify and talk to two people who were walking in the area at the time of the attack and whose grainy image the department released. Guglielmi stressed that the people are not considered suspects and that police want to question them because they were in the vicinity and might have useful information.

Reports of the attack drew a flood of outrage and support for Smollett on social media. Some of the outrage stemmed from Smollett’s account to detectives that his attackers yelled that he was in “MAGA country,” an apparent reference to the Trump campaign’s “Make America Great Again” slogan that some critics of the president have decried as racist and discriminatory.

“That I can tell you is horrible. It doesn’t get worse,” the president told reporters when asked about the matter. The spot where Smollett says he was attacked isn’t far from the Trump International Hotel & Tower.

The FBI is investigating a threatening letter targeting Smollett that was sent last week to the Fox studio in Chicago where “Empire” is filmed, Guglielmi said. The FBI has declined to comment on the investigation.

In addition to his acting career, Smollett has a music career and is a noted activist, particularly on LBGTQ issues. Smollett’s representative said his concert scheduled for Saturday in Los Angeles will go on as planned.

Now in its fifth season, the hour-long drama “Empire” follows an African-American family as they navigate the ups and downs of the record industry. Smollett’s character is the middle son of Empire Entertainment founder Lucious Lyon and Cookie Lyon, played by Terrence Howard and Taraji P. Henson, respectively.

Chicago has one of the nation’s most sophisticated and extensive video surveillance systems, including thousands of cameras on street poles, skyscrapers, buses and in train tunnels.