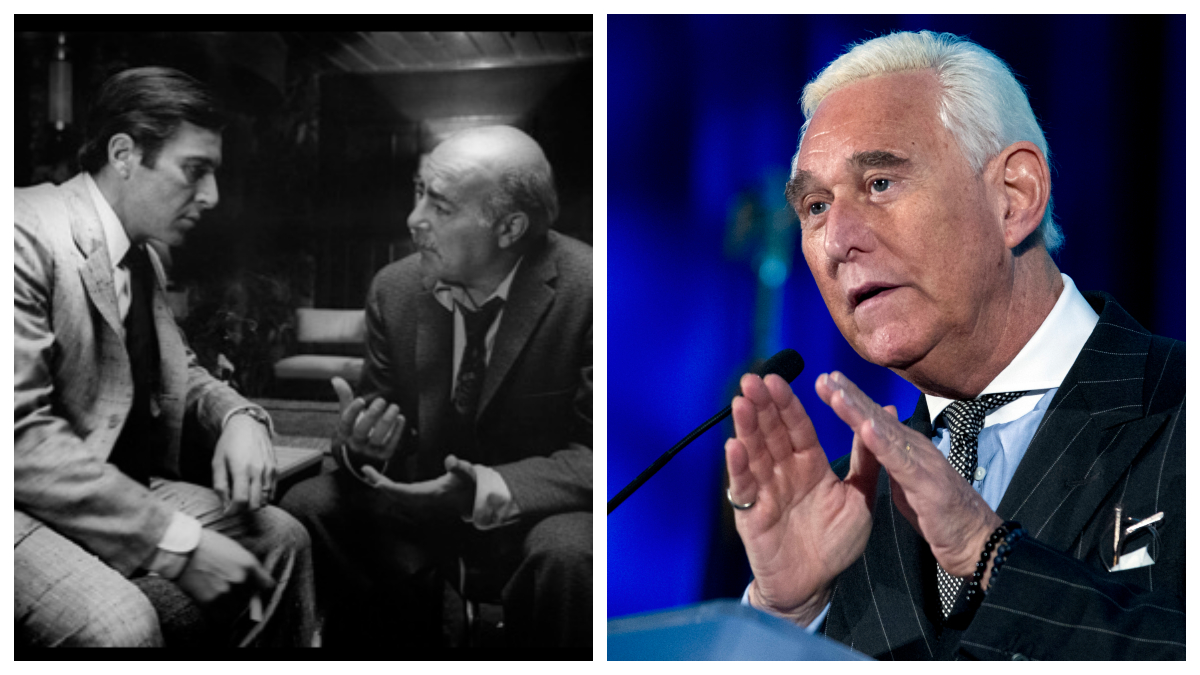 In terms of classic “Godfather” references, it’s not exactly “Tonight, Luca Brasi sleeps with the fishes.” But Roger Stone, the longtime Trump ally and confidant arrested Friday for allegedly lying to Congress, got his point across all the same when, according to an unsealed indictment, he told an associate to “do a ‘Frank Pentangeli'” and later threatened to take away the man’s dog.

For those unfamiliar with the Godfather trilogy, (and we won’t blame you if you haven’t seen the widely scorned third film) in “The Godfather: Part II,” Pentangeli lies to a congressional committee in order to avoid incriminating the film’s protagonist Michael Corleone, also known as The Godfather.

The warnings to essentially dummy up came in messages obtained by special counsel Robert Mueller and revealed Friday in an unsealed indictment for witness tampering and other charges.

According to the indictment, Stone issued the warning on or about Dec. 1, 2017 to Randy Credico, a radio personality who Stone has claimed served as his only go-between with WikiLeaks, the anti-secrecy website that the United States said was used by Russia to disseminate documents stolen from Trump’s 2016 rival Hillary Clinton.

In response to Stone’s plea, Credico urged Stone to “amend your testimony before I testify on the 15th.”

Stone responded: “If you testify you’re a fool. Because of tromp I could never get away with a certain [sic] my Fifth Amendment rights but you can. I guarantee you you are the one who gets indicted for perjury if you’re stupid enough to testify.”

Later that month, Credico, who is referred to as Person 2 in the indictment and hasn’t been accused of wrongdoing, texted Stone to “be honest” with the FBI.

Stone responded that he was not talking to the FBI and if Credico was smart “you won’t either.”

Five months later, Stone stepped up his attacks on Credico, whom he had known for more than a decade. In April 2018, Stone accused Credico of being a “rat” and allegedly threatened to steal his service dog.

According to the indictment, Stone wrote in an email, “You are a rat. A stoolie. You backstab your friends-run your mouth my lawyers are dying Rip you to shreds.”

Stone allegedly told Credico that he would “take that dog away from you,” which Mueller notes was “referring to Person 2’s dog.”