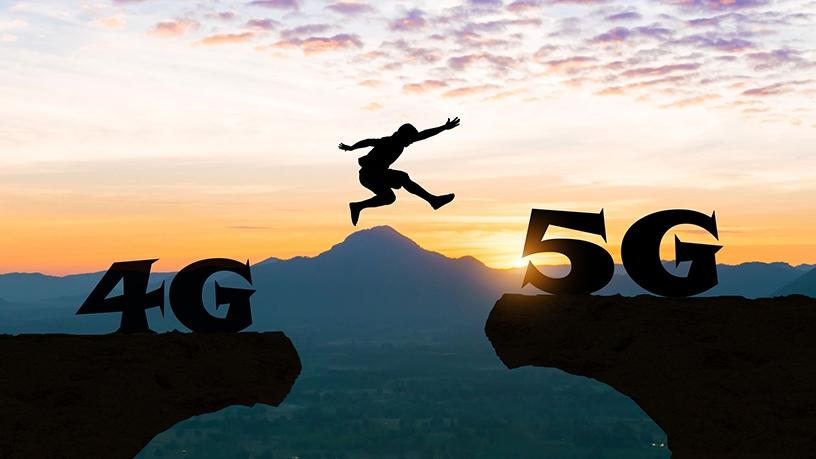 At least 25 operators will launch 5G services in 2019 and about 20 handset vendors will unveil 5G-ready handsets this year. This is according to Deloitte’s technology, media and telecommunications (TMT) predictions 2019 report.

Deloitte Global predicts 2019 will be the year in which fifth-generation (5G) wide-area wireless networks arrive in scale, providing faster connections for consumers and enterprises, and opening revenue opportunities for telecommunication companies.

“There were 72 operators testing 5G in 2018, and by the end of 2019, we expect 25 operators to have launched 5G service in at least part of their territory (usually cities) with another 26 operators to launch in 2020, more than doubling the total,” the report says.

“Wide-scale adoption of 5G devices will take time, but we believe 2019 will be the starting point for sweeping change for the wireless industry,” says Paul Lee, head of global TMT research.

“5G can provide hundredfold increases in traffic capacity and network efficiency over 4G, and this has transformative potential on the future of connectivity worldwide.”

Locally, data-only network Rain is planning its own 5G roll-out in SA early in 2019, while mobile operators like MTN and Vodacom continue to move towards a 5G launch in SA.

The most noticeable benefits of these first 5G networks for users will be faster speeds than today’s 4G technology: peak speeds of Gbps, and sustainable speeds estimated to be in the hundreds of Mbps.

Deloitte expects the first 5G phone to be launched in the second quarter of 2019 and says about a million 5G handsets will be shipped by year’s end, out of a projected 1.5 billion smartphone handsets to be sold in 2019. One million 5G modems will be sold, and around a million 5G fixed wireless access devices will be installed, the professional services firm says.

“At the end of 2020, we expect 5G handset sales (15-20 million units) to represent approximately 1% of all smartphone sales, with sales taking off in 2021, the first year in which retailers will sell more than 100 million 5G handsets,” says Lee and fellow author Duncan Stewart, director of research for the TMT industry for Deloitte Canada.

However, Deloitte predicts a 5G-ready phone’s component costs in 2019 will likely be $40 to $50 (R550 to R695) higher than a comparable 4G phone. This is because making a 5G-ready handset is more complicated than one might think, due to differences in two critical components: the radio modem and the antenna. 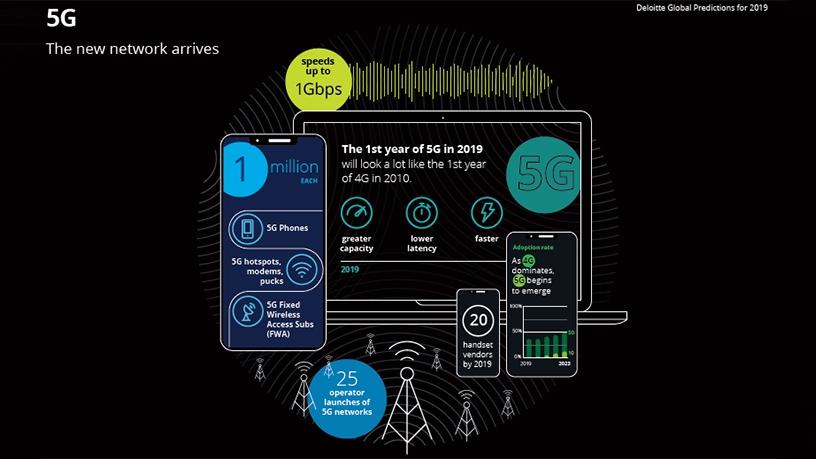 “4G launched in late 2009 and early 2010 with only a handful of operators offering services within a limited territory.Although more and more 4G networks have deployed in the decade since then, it will take until 2019 for 4G to become the single-most used wireless technology worldwide, and according to the GSMA, 4G usage will not surpass 50% of all subscribers globally until 2023, 14 years after launch,” the report reads.

This means 5G will likely still be a relatively niche technology even in 2025, with its forecast 1.2 billion connections making up only 14% of the total number of mobile non-Internet of things (IOT) connections worldwide. This means only one in seven mobile connections will be 5G by 2025.

According to the report, considerable variance will be seen across countries. Around 49% of all American subscribers are expected to be 5G in 2025, 45% in Japan, 31% in Europe, and 25% in China, but we will only see single-digit percentages in Latin America, Middle East and Africa.

“Ten years from now, providers will still be rolling out 5G.” 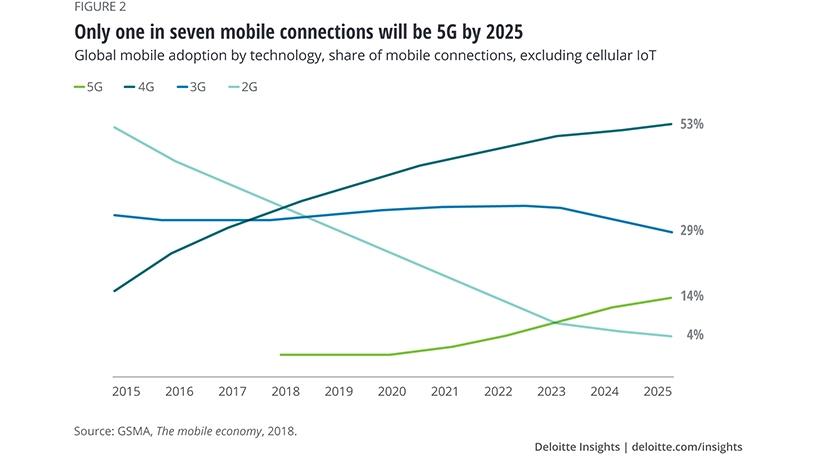 According to the report, the fastest 5G lab transmission to date was 1Tbps, and the record for a field trial currently stands at 35Gbps.

“Neither is a good indicator of real-world speeds in the short term, although longer-term projections are that 20Gbps may be an achievable real-world peak speed.”

5G under real-world conditions will likely be slower than 35Gbps but still markedly faster than 4G networks, and also faster than some fibre and cable solutions, Deloitte says.

In general, peak speeds of more than 1Gbps are likely, although that would only be for someone ideally situated, very close to the transmitter, and using the network when it was not busy.

“One simulation based on a Frankfurt-based network estimated a nine-fold increase in median speed, from 56Mbps to 490Mbps. Another test based on a San Francisco network calculated a 20-fold increase, from 71Mbps for a median 4G user, to 1.4Gbps for a median 5G user if using mmWave coverage. As with real estate, achieved 5G speeds will come down to location, location, and location.”

Another additional benefit of 5G is lower latency: the time it takes to send a message from a device to the network and get the answer back. 4G networks average latencies of around 60ms, and 5G networks will have, in time, a latency of less than 1ms.

“For the average consumer or enterprise user, and for most current real-world applications, there is little practical difference between one-tenth of a second and one-fiftieth of a second (100ms and 20ms, respectively).

“Over time, however, ultralow latency may matter a great deal for IOT-enabled applications, autonomous vehicles, and performing remote surgery with haptic feedback, even though these applications are more likely to materialise in 2021 and beyond rather than in the next two years, and will require both ultra-low latency and ultra-reliable networks with guaranteed reliability,” Deloitte says.

“Make no mistake: 5G is the connectivity technology of the future. Although its adoption curve may be relatively shallow in the next 12 to 24 months, and it will likely take years for 5G to replicate 4G’s marketplace dominance, many telecommunications operators have a strong incentive to jump on the 5G bandwagon for reasons of speed, latency, penetration and (especially) capacity. When that happens, it should be a much faster world,” the report concludes.