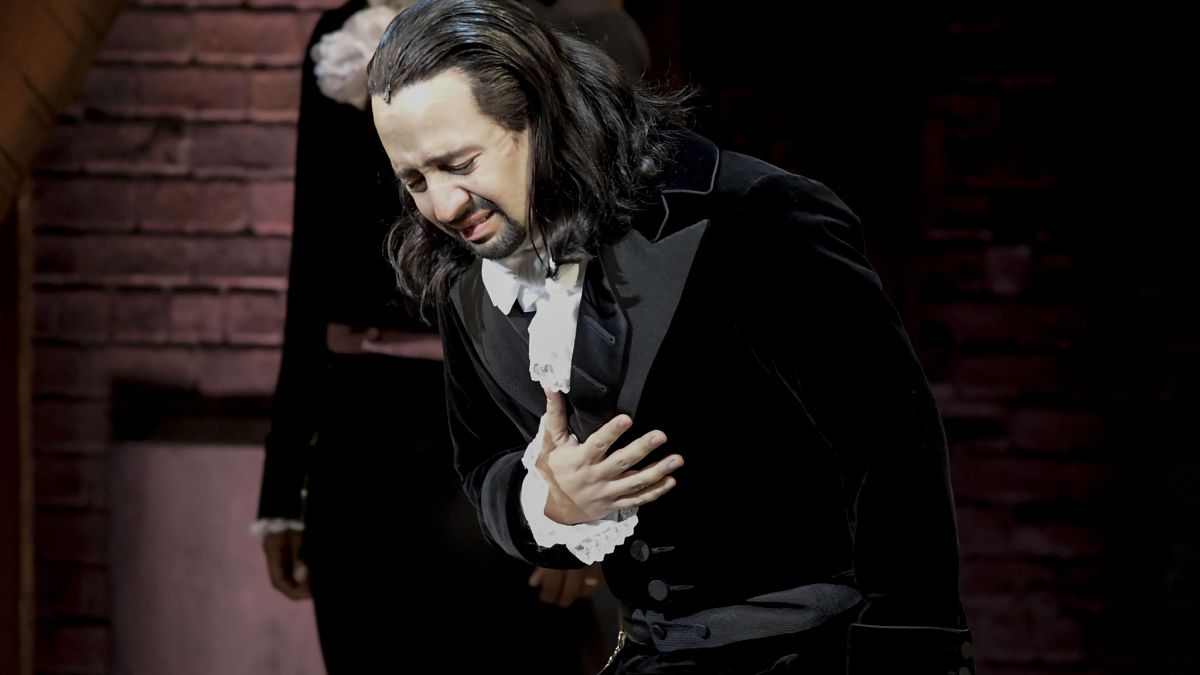 A Hamilton audience member in Puerto Rico took her shot at filming Lin-Manuel Miranda during a recent performance… and got shot down from stage.

During a recent performance of “Hamilton” Lin-Manuel Miranda was in the midst of performing one of the show’s iconic songs  “My Shot” when he spotted a major no no… a woman in the audience filming him. That’s when Miranda put his impressive improv skills to work. Instead of stopping mid-performance, he addressed her during the song itself.

Please don’t make me do that shit again.

In case you’re wondering, the actual lyrics are “I’ma get a scholarship to King’s College, I prob’ly shouldn’t brag, but dag, I amaze and astonish. The problem is I got a lot of brains but no polish.”

And just like that the show went on. But, what apparently surprised Miranda even more after the fact was receiving an apology from the fan for the faux pas. It was an apology Miranda graciously accepted.

In a million years, I never…
Gracias. Thanks for your apology and thanks for coming to the show. Y saludos a mami. pic.twitter.com/sBY4lYjORv

So next time, enjoy the show and leave the cameras at home.