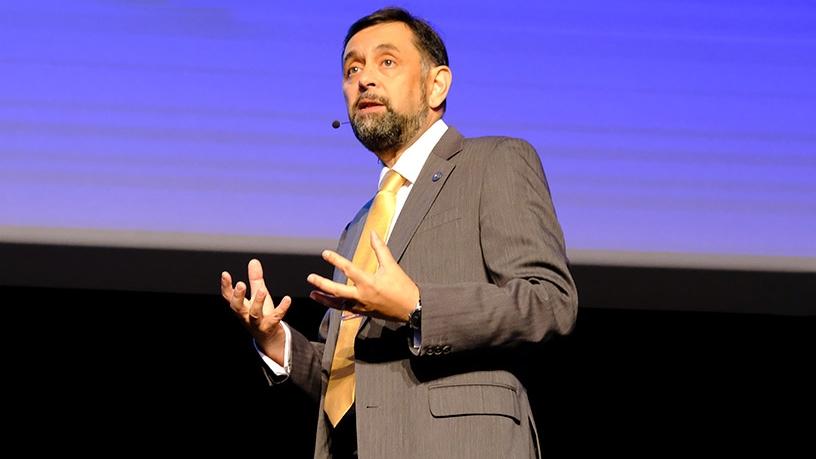 Is this year going to be business as usual for the CIO – managing costs in the IT department and keeping those instances of SAP running? Or is this going to be the year in which the CIO nudges the business in a new direction?

Some CIOs are already on this journey. These executives have probably delegated most of the day-to-day running of their department to the IT manager, freeing up time so they can interact with their C-level peers. They’ve also earned their seat at the table, but have taken care to build a solid foundation; the company e-mail needs to be working before you take your board seat.

These CIOs feed their colleagues ideas about how technology can reinvent their products and services. It is they who are leading their companies to increasing relevance and profitability, and while this mantra isn’t new, with each year, the pressure builds.

They also have a deeper understanding of how technology is being used across the business, and not just in the IT department.

Meanwhile, for other CIOs, it’s still business as usual. They’ll probably be more involved with the nuts and bolts of the IT department, and will thus be absent from meetings with their peers. They’re also more likely to confine their opinions to matters closely related to IT. They probably don’t have the ear of their chief executive or their board of directors, which, at least in the medium to long term, isn’t sustainable. These companies’ boards may be stacked with financial people, and while that’s not a bad thing, it’s too homogenous and the boards will have little tolerance for new ideas.

How did it come to this? Timidity, for one thing. Timidity to ask questions, to engage. Timidity to step outside the narrow world of IT operations and engage your peers.

CIOs – or at least the ones who are contributing to company strategy – are going to be more effective if they report directly to the CEO. Ideally, they should have been hired by the chief executive.

What about the hiring process? Everyone is going to be a lot happier if the right questions are asked at the beginning.

That’s the experience of Mark Raskino, a fellow in the CEO and digital business leadership research team at Gartner. He says CEOs want a CIO who is going to be part of the team.

“They don’t want an observer,” he says. “The CEO wants a team player who can bond with the group and contribute to discussions that aren’t just about technology.”

The world, meanwhile, is becoming more proactive, more exploratory. Any CEO worth their salt knows this.

It’s also probably worth paying attention to your body language. Lean in, says Raskino, don’t move your chair back from the table. This signals disengagement, and it may be hard to believe, but Raskino says he’s known people to be fired for just this kind of negative physical behaviour (while the CEO probably just made up another reason).

Being a team player is also particularly important for the CIO because IT is everywhere. The financial people use it, the human resources people use it, and so in some sense, they all own different parts of it. CIOs need to learn to let go. And listen.

Other than attitude, it’s vital that the CIO and CEO dig into the strategy of the firm. Or, put another way, what does the CEO really want?

Do they need some help with overhauling the company’s IT systems? Or do they need help with improving the margins?

Another question that will get to the heart of the company’s strategy is around what the CEO thinks about digital. What does digital mean in the context of the CIO’s job at this company? Raskino says if the CEO needs something concrete done – such as managing the existing systems – that’s fine, but that may signal they’re more concerned with the prosaic and less with innovation.

The world, meanwhile, is becoming more proactive, more exploratory. Any CEO worth their salt knows this. What irks them, says Raskino, is that they know they don’t know enough about technology.

Often a CEO is looking for someone to show them the way, or “be the smart person in the room, the one who will say, ‘this is what tech should be doing in your context’.”

CIOs will also probably be well served by asking the chief executive what their vision is for the company over the next five years. And once they’ve answered that, where do they see their industry over a similar time period? Their answers will uncover a crucial fact: how much do they understand about the relevance of technology in their market’s context?

Another question could be around what frustrated them about CIOs they’d worked with in the past, which should provide some signposts about their expectations.

Raskino says if a company is perceived to be one in which some digital innovation is happening, get the CEO to articulate what they believe to be the difference between IT and digital. If they say the main part of the work will be within the IT department, they’re probably looking for some cost optimisation within the business. If, on the other hand, they’re more interested in broad digital initiatives, this could mean you’ll be focussing on market-facing issues, such as customers, revenue and profitability.

This is not to say that cost management, efficiencies and service provision are no longer important; it’s just that these have now receded to the point where they’re increasingly being taken as a given. Raskino says the great CIOs of the prior decade made their fortunes by cost-cutting as well as presiding over improvement in service levels. But there comes a point at which the company is going to suffer damage from endless cost-cutting. What’s more likely, especially in larger firms, is that there’s a reversal as IT budgets and headcounts increase.

“Chief executives have realised that after years of believing that technology was a commodity input to a business, they now understand that it’s your new foreground, your product and service differentiation in the market. They know they need a different posture on technology,” he says.

How can you possibly expect your company to have a digital future if not one person on the board of directors has any of that background?

This change of attitude is all in the service of differentiation, and is being driven by these larger companies attempting to forge a core competency that’s enough to create a differentiation in the market.

Raskino mentions GE, General Motors and AstraZeneca as examples of companies rebuilding their tech competencies, which are predominantly designed to boost revenues.

“It’s justifying itself. They know they need that competency to win in markets.”

The board must also not be forgotten. Raskino recommends taking stock of the composition, and identifying who has worked in and around the technology industry.

“How can you possibly expect your company to have a digital future if not one person on the board of directors has any of that background? Your conversation is going to be absent, or ignored, without that person in the room.

“And then ask yourself how many bankers have you got? How many ex-finance directors have you got on the board? Why have you got so many people of the same cognitive type and nobody of the other type?

“For the next 30 years, tech is going to be critical to how your industry shapes, reshapes and shapes itself again.”